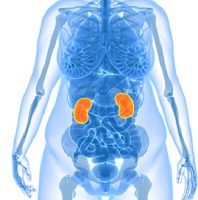 For most patients, according to a 2009 concensus review, the recommended vancomycin (VAN) dosing protocol is 25-30 mg/kg (normal renal function)  followed by a maintenance dose of 15-20 mg/kg Q8-12H. Prior studies suggested that morbidly obese patients might need a lower mg/kg dose to achieve therapeutic trough concentrations.

A University of Chicago Medicine (UCM) team has come up with an alternative dosing strategy for these patients. Reporting at IDWeek 2015 in San Diego, CA, Zhe Han, Pharm D, and colleagues looked at patients who received intravenous VAN over two separate periods, each about 12 months long. The patients had received VAN doses consistent with 2009 consensus protocols. The UCM revised its protocols to maintain the loading dose but with a maximum of 3000 mg.

The maintenance dose was 10-12.5 mg/kg with a maximum of 2000 mg. They then looked at therapeutic trough concentrations attainment and whether the rates of VAN associated kidney damage changed after they revised the protocol.

There were 69 patients reviewed, 35 before the revision and 34 after. They found initial therapeutic trough concentration was similar in both groups. The revised protocol resulted in fewer initial troughs, greater than 30 mcg/mL and more initial troughs less than 10 mcg/mL.  less kidney damage associated with VAN, or 23% vs. 4%. There were no differences in mortality or length of stay.

"A revised dosing protocol improved the safety of VAN therapy in morbidly obese patients," the team concluded. Doses of greater than 10-12.5 mg/.kg and increased utilization of loading doses may be necessary to minimize subtherapeutic initial trough concentration, they wrote in an abstract.