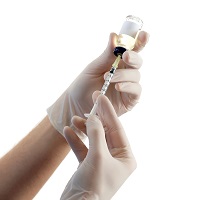 The overall effectiveness of the influenza vaccine during the 2014 to 2015 influenza season was higher than expected, according to Joshua Petrie, MPH, of the Department of Epidemiology at the University of Michigan School of Public Health in Ann Arbor, during a presentation at IDWeek 2015.

Vaccine effectiveness generally ranges from 50% to 60% in years when the influenza vaccine is more closely matched with the circulating viruses. Last year’s flu season (2014-2015) was severe and characterized by widespread circulation of H3N2 influenza A virus strains that had drifted antigenically from the virus specimen used to produce the influenza vaccine.

Antigenic drift is the accumulation of small genetic changes as viruses replicate that, over time, can lead to viruses that less well recognized by the immune system. Given that the influenza vaccine was not well matched to the circulating viruses, the investigators expected to find a low vaccine effectiveness when measuring influenza illness requiring hospitalization.

However, even with low vaccine effectiveness, often substantial numbers of influenza-related illnesses can still be prevented.

Researchers obtained throat and nasal swabs from adults hospitalized at 2 hospitals in Southeast Michigan for treatment of acute respiratory illness for influenza. Patients were classified as having been vaccinated if they received the influenza vaccine 14 or more days prior to the onset of illness.

Vaccine effectiveness was calculated and modified according to patient age, sex, hospital, calendar time, time from illness onset to specimen collection, frailty score, and Charlson Comorbidity Index. It is important to note that estimates of vaccine effectiveness depend on when and where the study was conducted, as viruses continue to change throughout the season and can vary regionally and geographically.

A total of 642 patients were included in this analysis, and of these, 67% had been vaccinated. Slightly more than half (54%) were female, 36% were 65 years of age or older, and 92% had 1 or more comorbidity. Of these patients, 18% tested positive for influenza; 84% of these were influenza A (H3N2), 8% had another strain of influenza A, and 8% had influenza B. Samples from the group of patients with the influenza A H3N2 strain were sequenced, and 88% of these exhibited antigenic drift from the strain used in the vaccine.

Despite the fact that the 2014-2015 influenza vaccine was mismatched with the viruses that were currently circulating, the authors reported that the vaccine effectiveness estimates were higher than would be expected given interim reports obtained from the ambulatory care settings.
“The influenza vaccine may have been more effective in preventing severe illness requiring hospitalization,” said Petrie.