Hospitals Using too Many Urinary Catheters 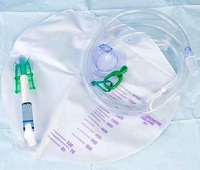 A research team fromThailand documented the overuse of urinary catheters in a hospital setting. Reporting at IDWeek 2015, Pasri Maharom, MD MPH and colleagues at Pinklao Hospital, Naval Medical Department, Bangkok, Thailand looked at 330 patients of whom 20.3% had urinary catheters (UC) in place. Of those, 46.3% did not really need them, the team reported at ID Week 2015 in San Diego, CA.

The most frequent offenders were in the department of surgery, where 37% of patients' UCs were not justified, the team said. Unnecessary fluid monitoring was the main reason given for using the UC.

In orthopedics, the UCs were being used for convenience of care, which the authors thought was not always a good reason.

No difference in rates of catheter associated urinary tract infections were seen in the two groups, but patients with UC always face that risk.

"Overuse of UC is a common problem in all hospitals," they concluded, "Tailor-made intervention should be performed in each department to achieve our goal in decreasing inappropriate use of UC."

The team presented its work at a poster session at the conference.

You May Also be Interested in
Most Popular
Overcoming Physician Burnout During the Winter
Top 10 Painkillers in the US
Burnout, Antidepressant Use Tied to AFib Development
Magic Johnson Celebrates Life 25 Years After HIV Diagnosis
Tweet Chat on Doctors Getting Online Scheduled for January 27