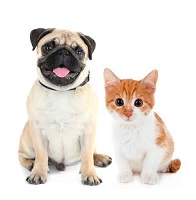 Though zoonotic infections are relatively rare, researchers in the Southwest report six cases of human infections with Onchocerca lupi, previously never reported in the US. They are believed related to infections in cats and dogs.

There have been seven cases in Europe, Asia, and the Middle East since the eye infection was first identified in humans in 2011. Christiana Smith, MD, of the University of Colorado School of Medicine in Aurora, CO and colleagues at several other institutions reported the cases at IDWeek 2015 in San Diego, CA.

The parasite is known to cause eye infections in cats and dogs and has jumped to humans. Little is know about the parasite, its definitive host, insect vector, or the spectrum of disease in people. The cases indicate an emerging threat to public health, the team wrote in an abstract.

All patients presented with a nodule that turned out to contain the nematode. Five of the six cases were in children. Three cases involved a cervical spine mass, one a scalp nodule, and one in the superior rectus muscle of the orbit.

Two of the worms were pregnant females. Treatment was usually by surgical excision followed by courses of ivermectin, doxycycline, and corticosteroids. Three cases were in Arizona, two in New Mexico, and one in Texas. One case was likely associated with a pet dog that had an eye infection.

"There appears to be a transmission cycle for O. lupi that involves humans, dogs, and cats," the team concluded. "In the US the clinical presentation has been more invasive than elsewhere." They called for continued investigation "to describe the spectrum of human O. lupi infection, develop approaches for diagnosis and treatment, and create prevention strategies."