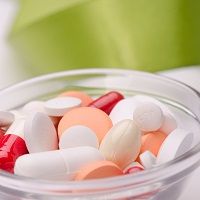 “No dose modification is required when co-administering single-tablet regimens containing tenofovir alafenamide to patients with HIV being treated with ledipasvir/sofosbuvir for hepatitis C virus co-infection,” said Joseph Custodio, PhD, Senior Clinical Scientist at Gilead Sciences, during a presentation at IDWeek 2015.

Approximately one-third of individuals infected with HIV are also infected with the hepatitis C virus, with estimates of more than 4 million co-infected individuals worldwide. Many of these patients are treated with the P-glycoprotein (P-gp) inhibitor, ledipasvir. The fixed-dose combination of the anti-HCV treatment ledipasvir-sofosbuvir is known to have significant drug-drug interactions with P-gp inducers, and its concomitant use with P-gp inducers is not recommended. Because the antiretroviral treatment, tenofovir alafenamide (TAF), is known to be a P-gp substrate, the potential for drug-drug interactions with anti-HCV treatments required further study.

Plasma concentrations were measured for rilpivirine, elvitegravir, cobicistat, emtricitabine, tenofovir, alafenamide, and its metabolite (tenofovir), ledipasvir, sofosbuvir, and its metabolite, GS-331007. Pharmacokinetic parameters were calculated via noncompartmental analysis. For all of the major analytes, the area under the curve (AUC), peak plasma concentration (Cmax), and Ctau were calculated using linear, mixed-effect modeling. Geometric least squares mean ratio (combination vs. alone) and 90% confidence intervals were calculated for each.

In both studies, the treatments administered were generally well tolerated. Comparing these exposures with those achieved in Phase 3 trials, these tenofovir exposures were not in the range that would be associated with renal adverse events or bone loss. Data from Phase 2/3 trials have also shown that there is no association between higher cobicistat exposure and the incidence of adverse events or effects on renal function parameters.


You May Also be Interested in
Most Popular
Long-term Therapy with Norfloxacin Improves Advanced Liver Disease Prognosis
Top 10 Painkillers in the US
When to Suspect Diarrhea is Symptom of a Clostridium Difficile
Ebola: Virus "Easily Inhaled"?
FDA Approves Semaglutide Injection for Cardiovascular Risk Reduction