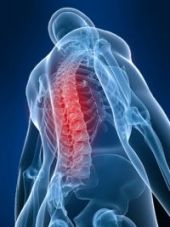 Also on Thursday, CDC and FDA officials confirmed that unopened medication vials from the New England Compounding Center (NECC) of Massachusetts had been found to contain the fungus Exserohilum rostratum.

A statement released Thursday by the FDA said “The laboratory confirmation further links steroid injections from these lots from NECC to the multistate outbreak of fungal meningitis and joint infections. Testing on the other two implicated lots of methylprednisolone acetate and other NECC injectables continues.”

Investigators have identified a total of 257 related cases so far since September, when the Tennessee Department of Health was contacted about a case of aspergilluss meningitis. This initial report led to an investigation and concern about a possible link to tainted steroid injections, according to Chiller. As similar cases began to surface, investigators zeroed in on NECC and three suspect lots of methylprednisolone acetate, an injectable steroid used to treat back pain.

The company reported that 17,000 vials of the drug supply had been distributed to 75 facilities in 23 states, Chiller said. It voluntarily recalled the three lots of suspect drug on September 26.

Several infected patients have suffered strokes. As of Thursday, another person died pushing the death count to 20 and a total of257 documented illnesses spanning 16 states.

Most of the cases are fungal meningitis and have been reported in the last two months, said Chiller, who noted that the CDC opened an emergency operation center to respond to the deadly outbreak. Three of the total cases are peripheral joint infections.

The CDC cautions patients and health care professionals remain vigilant and closely watch for symptoms because fungal infections may be slow to develop. Symptoms in this outbreak have surfaced one to four weeks following injection, but the time between injection and onset of symptoms could be shorter or longer and start out mild but turn severe, Chiller said.

What Should Physicians and Other Clinicians Be Doing? – Go here for guidance on treating central nervous system, septic arthritis, and/or parameningeal infections associated with injection of potentially contaminated steroid products; case definitions; advice and information on diagnostic testing; and more.

Aspergillosis – According to the CDC, Aspergillus is “a common fungus that can be found in indoor and outdoor environments. Most people breathe in Aspergillus spores every day without being affected. Aspergillosis is a disease caused by this fungus and usually occurs in people with lung diseases or weakened immune systems. The spectrum of illness includes allergic reactions, lung infections, and infections in other organs.” This page offers information on symptoms, rsk factors, treatment, and prevention.

Multistate Fungal Meningitis Outbreak – Current Case Count Map – This page has an interactive map and information on cases of illness and death from fungal infections linked to steroid injections.