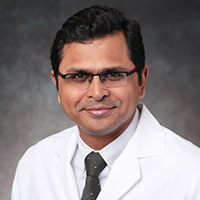 An assessment into transcatheter aortic valve replacement (TAVR) therapy’s effect on hospitalized patient costs, length of stay, and mortality show the first positive results for such endpoints in patient with heart failure (HF).

In a new trial conducted by investigators from Mount Sinai St. Luke’s and West, patients with chronic HF to undergo TAVR in 2016 were found to have significantly improved hospitalization metrics compared to non-HF patients who underwent TAVR.

The findings, presented at the Heart Failure Society of America (HFSA) 2019 Scientific Sessions in Philadelphia, PA, give credence to the benefit of TAVR in intermediate-risk patients not eligible for open heart surgery.

Led by Hardikkumar Patel, MD, of the Department of Internal Medicine, the team assessed data from the 2016 National Inpatient Sample (NIS) to find all patients that underwent TAVR that year. They compared TAVR patients as those with and without HF, based on ICD-10-CM diagnosis codes for systolic and diastolic HF.

As TAVR has become a more popularized method of valve replacement, its use has become more frequent among older patients—a population more susceptible to comorbid conditions including HF. Patel and colleagues noted this is the first trial showing benefits of the procedure for hospital burden among HF-comorbid patients when compared to patients without HF. More research should follow.

“Further studies are required to elucidate the etiology of this difference,” they concluded.

The study, “In-Hospital Mortality in Patients Undergoing Transcatheter Aortic Valve Replacement in Relation to the Presence of Heart Failure in the United States: An Analysis of the National Inpatient Sample,” was presented at HFSA 2019.

You May Also be Interested in
Most Popular
Denise Daley, PhD: Early Asthma Interventions for Infants
Top 10 Painkillers in the US
Opinion: Fellow Physicians, Please Stop Devaluing Your Medical License
How to Spot a Bad Doctor
Flu Cases Near 30 Million in the US, CDC Reports