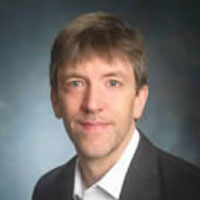 A high fat breakfast could set the heart up for better cardiac function throughout the day.

Martin Young, PhD, MS, from the University of Alabama, presented data during the Heart Failure Society of America (HFSA) 2019 Scientific Sessions in Philadelphia, PA on how the circadian clock is impacted by diet.

“When people are consuming a high fat breakfast and consuming more of their calories at the beginning of the day, that is better in terms of various cardio metabolic parameters,” Young said.

Young explained that there is a steep rise in both heart rate and blood pressure shown early in the morning, which is linked to an increased incidence of myocardial infraction, as well as sudden cardiac death.

He also said circadian rhythms have invariably been associated with these neuro human factors and it has been suggested that the various neurological factors and shear stress are leading to some of the adverse events he listed.

Young explained that over the last 15-20 years, researchers have put in a lot of effort in trying get a better understanding of the function of the circadian clock, targeting the heterodimer protein and the BMAL1 protein.

Young said when they performed a gene ontology analysis, they found 3 main categories of genes that are regulated by the clock—genes that are important for electrophysiology, cellular signaling, and cardiac metabolism.

“All of which are going to change contractility of the heart, depending on the time of day,” he said.

Young said his lab has paid particular interest over the last 10 years to the genes that influence cardiac metabolism.

“Okay, so what we find is at the beginning of the active period when an animal was first waking up, what's happening is oxidative metabolism increases, we get an increase in mitochondrial function, and you primarily get an increase in glucose oxidation,” Young said.

Towards the end of the active period, the excess nutrients consumed are stored in things such as triglyceride and glycogen.

Young explained to further examine this link his lab began to look at how a fatty acid-heavy diet impacts the clock and found when the heart sees fatty acids at the beginning of an active period it switches on the genes to burn the fatty acids as fuel.

The research team then looked at chronic intervention by performing high fat feedings at different times of the day and found a high fat diet right before going to sleep leads to lessened cardiac output and the ability to burn fat as fuel.