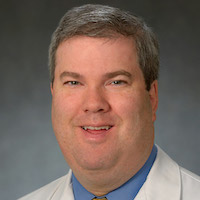 While sleep disorders can be debilitating to the patient’s daily resting habit, the condition also leads to an increased risk of cardiovascular disease and heart failure (HF).

During the Heart Failure Society of America (HFSA) 2019 Scientific Sessions in Philadelphia, PA, Lee Goldberg, MD, of the University of Pennsylvania, explained that the mechanisms of sleep apnea that drives changes in the nervous system ultimately increases the risk of cardiovascular problems.

“So, these specific areas are areas that really overlap in our wheelhouse as cardiovascular specialist, and therefore, it has led to a real increase in interest in sleep on cardiovascular clinicians,” he added.

One of the major patient complaints that physicians should be cognizant of is fatigue.

Goldberg explained that despite maximal medical therapy, virtually every patient generally continues to complain about fatigue, which could be caused by a number of different problems, including a low cardiac index, a side effect of medications like beta blockers or drugs used to treat clinical depression, hypothyroidism, or a sleep disorder.

“We do know that for us as cardiovascular clinicians, sleep turns out to be pretty important, because when patients are fatigued, we tend to do things like reduce their beta blocker doses,” Goldberg said. “But beta blockers are associated with improved mortality and improved outcomes in cardiovascular diseases.”

He also said patients may develop a subset of central sleep apnea where they will have episodes of hyperventilation followed by pauses in breathing.

“I think most people are aware that obstructive sleep apnea is associated with drug resistant hypertension,” Goldberg said. “But look at the number of patients with congestive heart failure, 50% of those patients, and it may even be higher than that, have some form of sleep disordered breathing. And this is a significant problem for those of us that are in the heart failure world.”

Goldberg said this link is important because they believe that the physiological effects of sleep apnea, the hypoxia, the activation of the nervous system might be driving cardiovascular disease.

One common trait between sleep apnea and cardiovascular disease is the presence of similar risk factors, such as obesity.

He said this makes it challenging to study because it is hard to associate the cause and effect.

He went on to say that biological markers, such as inflammation, oxidative stress, and affiliate dysfunction are also activated during this process and exacerbate various negative mechanisms.

“So, this path of physiological mechanism seems to be something that may be driving disease,” he said. “And this is why we as physicians’ care about this disease state.”