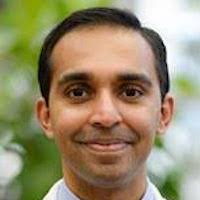 New data seeks to solve whether it is better to see a cardiologist or a non-cardiologist when treating heart failure (HF).

In a presentation at the Heart Failure Society of America (HFSA) 2019 Scientific Sessions in Philadelphia, PA, Patel Priyesh, MD, of the Sanger Heart and Vascular Institute, explained why studies show that cardiologists ultimately have better outcomes when treating heart failure, even though patients are more likely to receive care from a generalist to treat heart failure than other conditions.

Using data of nearly 40,000 Medicare patients, Priyesh said the median survival after the first hospitalization for heart failure is approximately 2 years and the survival in 5 years is 25%.

“You take a step back and think about that that's as bad as many stage for cancers and very different from cancer,” Priyesh said. “Not all heart failure is treated by a specialist.”

Priyesh explained that the main difference between how cancer is treated and how heart failure is treated is cancer is rarely treated by an internist, while between 24-60% of people are managed by a non-cardiologist for their heart failure.

He explained the large range in the statistics by saying there are very few contemporary studies that exist on this matter and there is not much descriptive data about how patients are being cared by the 2 different groups of doctors. Also, a lot of the studies are conducted overseas.

However, reiterating his main point, care is better from a cardiologist on heart failure. According to a study from Canada looking at 38,000 patients with their first hospitalization and a year of follow-ups, patients managed by a cardiologist compared with a non-cardiologist had a substantial improvement in mortality.

He went on to say those results have been replicated in other studies several times.

Priyesh gave some reasons why care was better from a cardiologist.

He said to summarize, cardiologists tend to see patients that have more focused cardiac disease, but are probably a little bit sicker.

However, that doesn’t necessarily explain why cardiologists are having better outcomes.

Priyesh explained that the main reason seems to be that cardiologists use guideline directed medical therapies to a greater degree than non-cardiologists.

“One example that I found very striking is that beta blocker use amongst cardiologists is 70%, compared with 40% amongst non-cardiologists, and despite all the education, outreach, and being told from day 1 in medical school that beta blockers are how you treat heart failure,” he said. “We still have this huge gap.”

Using a recent study of 470,000 Medicare patients, Priyesh said the results show that cardiologists do a better job across the board, regardless of volume.

However, he also mentioned some downsides in seeing cardiologists for heart failure.

“Well, this may not be surprising, cardiologist care is more expensive,” he said. “Hospital costs for a patient hospitalized for heart failure generally is several thousands of dollars more than a patient that is not managed by a cardiologist.”

The likely reason for this is that cardiologists tend to run more procedures and require longer hospital stays.