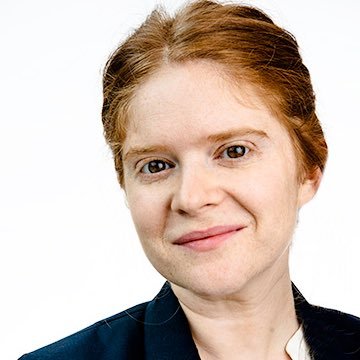 The most recent major clinical guidelines for systolic blood pressure (BP) targets for the prevention of heart failure (HF) may not be well-achieved among patients with HF, and even more so for race/ethnicity groups at a distinguished risk for HF and cardiovascular events.

In a study presented at the Heart Failure Society of America (HFSA) 2019 Scientific Sessions in Philadelphia, PA, a team of investigators from Northwestern University Feinberg School of Medicine reported findings no significant associations between BP control and cardiovascular mortality in treated and untreated patients with HF.

Led by Leah Rethy of the Division of Cardiology, investigators sought to define rates of BP control among a nationally representative HF population by race/ethnicity subgroups, stratified by patient hypertension treatment status.

Rethy and colleagues also sought the association between BP control and cardiovascular mortality among patients with ambulatory HF.

“We know that, in the general population, treatment and controlled blood pressure does vary by race,” Rethy told MD Magazine®. “And we wanted to see if the same kind of thing would pan out in heart failure population.”

Patients had no missing values for variables of interest, and pregnant patients were excluded from assessment.

BP control, as set by the 2017 guidelines from the American Heart Association, American College of Cardiology, and the HFSA (AHA/ACC/HFSA)—and based on the results of the SPRINT trial, which established significance of BP control in the prevention of HF—was defined as <130/80 mmHg.

Overall, the prevalence rate of BP control among hypertension-treated patients with HF (48.7%) was not significantly different from the rate among untreated patients (51.4%).

Rethy and colleagues concluded that, due to the high rates of observed elevated BP, the notable disparities of BP control among races/ethnicities, and the limited data available on optimal BP targets, the next clinical pursuit should be randomized controlled trials which focus on identifying optimal BP targets among patients with HF.

“At least what we were able to do—looking at outcomes from this large data set, we didn’t see an increased hazard of death, but we also didn’t see any improvement,” Rethy said. “So we didn’t see any sign we’re hurting people by keeping them at a lower (BP) number, but there are limitations to this kind of analysis.”

The study, “Disparities in Blood Pressure Treatment and Control in Ambulatory Heart Failure Patients: 1999-2016,” was presented at HFSA 2019.

You May Also be Interested in
Most Popular
American Thoracic Society Releases Temporary COVID-19 Guidance
Post-Concussion Decisions Impact Recovery Time for Athletes
Flu Cases Near 30 Million in the US, CDC Reports
Accuracy of Screening for Bacterial Vaginosis Varies
Limited Supply of Chloroquine, Hydroxychloroquine Could Affect COVID-19 Use