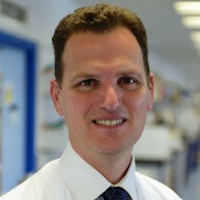 The findings of the study were presented at the European E-Congress of Rheumatology 2020 (EULAR 2020) because of the cancellation of the in-person meeting due to the COVID-19 pandemic.

Iain McInnes, FRCP, PhD, from the University of Glasgow in the United Kingdom, and a team of investigators assessed the efficacy and safety of upadacitinib versus placebo and adalimumab in patients with psoriatic arthritis and prior inadequate response or intolerance to >1 non-biologic DMARD. The team randomized patients with active psoriatic arthritis—defined as >3 swollen and >3 tender joints—active or historical psoriasis, and on <2 non-biologic DMARDs. Patients either received once daily upadacitinib 15 mg, upadacitinib 30 mg, adalimumab 40 mg every other week, or placebo.

McInnes and the team’s primary endpoint was how many patients achieved ACR20 for upadacitinib versus placebo at week 12. Additional endpoints for each dose of upadacitinib versus placebo included change in the Health Assessment Questionnaire-Disability Index (HAQ-DI), the Functional Assessment of Chronic Illness Therapy-Fatigue, and the Short Form-36 Health Survey. Further, the team assessed change in static Investigator Global Assessment of Psoriasis of 0 or 1, Psoriasis Area and Severity Index 75, and change in Self-Assessment of Psoriasis Symptoms. The investigators noted a change in modified Sharp/van der Heijde Score, the proportion of patients achieving minimal disease activity, and resolution of enthesitis and dactylitis.

The analysis also included non-inferiority and superiority for each dose of upadacitinib versus adalimumab for ACR20 and superiority for HAQ-DI and the assessment of the patients’ pain Numeric Rating Scale. The team also measured ACR50/70 at week 12 and ACR20 at week 2 and reported treatment-emergent adverse events through 24 weeks for patients who received >1 dose of the study drug.

Overall, 1705 patients were randomized and 1704 received the study drug. A majority of the participants (53.2%) were female with a mean age of 50.8 years old and a mean duration of psoriatic arthritis diagnosis of 6.1 years. Most patients (82%) were on >1 concomitant non-biologic DMARD and 84% of those patients received methotrexate with or without another non-biologic DMARD.

For treatment-emergent adverse events and serious adverse events, they were similar in the placebo, 15 mg, and adalimumab groups and higher in the upadacitinib 30 mg group.

Among the patients included in the study, treatment with upadacitinib 15 mg/30 mg showed improvement in musculoskeletal symptoms, psoriasis, physical function, pain, and fatigue.

The study, “Efficacy and Safety of Upadacitinib Versus Placebo and Adalimumab in Patients With Active Psoriatic Arthritis and Inadequate Response to Non-Biologic Disease-Modifying Anti-Rheumatic Drugs (SELECT-PsA-1): A Double-Blind, Randomized Controlled Phase 3 Trial,” was published online on the EULAR 2020 website.