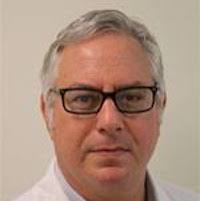 The key to identifying patients with lupus nephritis could rely on a specific gut microbiome community.

In data planned for presentation during the European Congress of Rheumatology (EULAR) 2020 meeting, a team, led by Gregg Silverman, MD, NYU School of Medicine, Department of Medicine, investigated the relationship between in vivo Ruminococcus gnavus (RG) expansions and disease activity that often wane over time, initiating longitudinal studies in lupus patients and controls.

Silverman explained in an interview with HCPLive® that it has long been known that lupus nephritis is largely genetically based, but there could be environmental triggers that increase the likelihood of the disease actually forming.

“Lupus disease activity, even despite decades of investigation, remains quite a puzzle and what it is actually are the drivers of disease activity and flares in genetically susceptible individuals,” Silverman said. “The whole idea is you don't have the right trigger, you don't get the disease. The question is whether some of that environmental trigger could actually be coming from the internal communities of bacteria that we all live with?”

In a cross-sectional cohort, the investigators identified RG of the family Lachnospiraceae that was linked to active Lupus nephritis as a candidate for human gut anaerobic pathobiont.

The investigators believe RG strains along could alter pathogenic potential and sought to characterize strains from active lupus nephritis patients.

In the cohort, the investigators characterized patients for demographics, clinical disease activity, and serologies including standard autoantibody and complement levels, as well as anti-bacterial responses of interest. They also analyzed high throughput 16S rRNA amplicon libraries from fecal samples using QIME and DADA2.

The analysis consisted of 34 samples, at 2-4 timepoints from 14 SLE patients. The investigators found documented highly conserved patterns of gut community representation over time in 10 patients, based partly on unsupervised hierarchical cluster analysis.

Independent of vacillations in clinical disease activity of up to 8 SLEDAI points, conserved microbiome phylogenetic abundance and composition was documented at the family level, as well as at the level of amplicon sequence variants that approximate identifications of individual species.

The findings suggest lupus patients have little to no detectable perturbations in representation of the Lachnospiraceae family or abundance of RG species over time and the microbiota stability was found even in patients with dramatic changes in disease activity. However, these approaches do not allow the detection of shifts between RG strains.

In pilot studies the investigators isolated and characterized the genomes of 4 unique RG strains from active lupus nephritis patients, including variations in gene content and sequence that could have implications for host-commensal relationship and immune activation.

Silverman explained that in lupus nephritis patients who have more inflammation, more symptoms and their kidney disease is more active, tend to have fewer bacterial species present in their gut, which could be an initial sign of an upcoming problem within the disease.

“We found that that was true that the higher the disease activity, the more contracted the diversity,” Silverman said. “We also found that if we looked at patients that had kidney lupus nephritis, that was active that in fact, there was a contraction of their communities more severe than if their disease was not active.”

The investigators then found blooms of RG are specifically linked to active lupus nephritis disease.

Silverman said it is common for lupus nephritis patients to have flares that are eased followed treatment, but eventually reoccur and a better understanding of the gut microbiome imbalance could help them understand how to reestablish the more physiologic and healthy gut communities.

Another result of the study could be better serologic tests to identify disease activity early and ultimately begin treatment earlier.

The study, “Dynamic Temporal Changes in Clinical Disease Activity and Gut Microbiota Representation of a Pathobiont Linked to Lupus Nephritis,” was published online by EULAR.

You May Also be Interested in
Most Popular
Different Strokes: the New Face of Cultural Competency
Denise Daley, PhD: Early Asthma Interventions for Infants
VOYAGER PAD: Study Results and Practical Implications
Top 10 Podcasts for Primary Care Physicians
Most US Adults Have Not Received Recommended HIV Testing