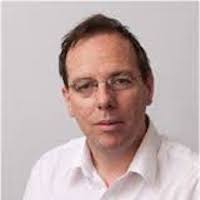 In data planned for presentation during the European Congress of Rheumatology (EULAR) 2020 meeting, a team, led by Dennis McGonagle, PhD, FRCPI, Leeds Biomed Res Ctr, University of Leeds, examined patients with dactylitis or enthesitis at baseline, while assessing changes in symptoms over time and relationships between improvements in dactylitis or enthesitis and other active psoriatic arthritis domains.

Guselkumab is a novel monoclonal antibody that specifically binds to the p19-subunity of IL-23. The treatment has already demonstrated efficacy in the Phase 3 DISCOVER-1 & DISCOVER-2 trials involving patients with active psoriatic arthritis.

Psoriatic arthritis comes with key clinical manifestations, including dactylitis and enthesitis, that are difficult to treat and could portend more significant disease burden.

The study included adults with active psoriatic arthritis despite standard therapies. In the first study, about 30% of patients previously received 1-2 TNF inhibitors, while the patients included in the second study were biologic-naïve.

Both the DISCOVER-1 and DISCOVER-2 trials were designed as randomized, double-blind, multicenter studies evaluating the safety of subcutaneously administered guselkumab in patients with active psoriatic arthritis. However, DISCOVER-1 was comprised of 381 patients who had previously been treated with a biologic anti-TNF agent and DISCOVER-2 consisted of 739 patients who were biologic-naive.

There were no consistent correlations or associations observed between dactylitis or LEI scores and other clinical outcomes.

Guselkumab has also proven superior in improved disease severity for patients with severe plaque psoriasis when compared to competitor secukinumab (Cosentyx), according to 2018 phase 3 trial results.

In data from the phase 3 ECLIPSE head-to-head study, a greater rate of patients administered guselkumab achieved an improvement of 90% or more Psoriasis Area Severity Index (PASI 90) score from baseline at week 48 than those administered secukinumab, an IL-17 inhibitor marketed by Novartis.

The study, “Effects Of Guselkumab, A Monoclonal Antibody That Specifically Binds To The P19-Subunit Of Interleukin-23, On Dactylitis And Enthesitis In Patients With Active Psoriatic Arthritis: Pooled Results Through Week 24 From Two Phase 3 Studies,” was published online by EULAR.

You May Also be Interested in
Most Popular
Denise Daley, PhD: Early Asthma Interventions for Infants
Top 10 Painkillers in the US
Visual Impairment, Dementia Are Detrimental to Independence of Older Adults
Excessive Caffeine Intake Could Trigger Migraines
Ongoing Research in Treating Hypercholesterolemia