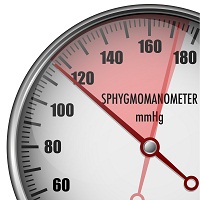 There could be a new first-line treatment for hypertension in patients needing diuretic therapy, according to research presented at the European Society of Cardiology (ESC) Congress conference in London, UK.

Thiazide diuretics, such as hydrochlorothiazide (HCTZ), are commonly used to treat hypertension; however, concerns over an increase risk of diabetes associated with their use has caused a decline in prescriptions. Lead investigator Morris J. Brown, FMedSci, and colleagues from the University of Cambridge discovered that taking a combination of two common diuretics at half the usual dosage each can significantly lower blood pressure – without the side effects often associated with taking one full dose of either medication.

“The British Hypertension Society investigators will be recommending this combination,” Brown confirmed in a news release.

Researchers have hypothesized that the thiazide diuretics deplete potassium and thus, upping the diabetes risk. While there are diuretics, like amiloride, that do not lower potassium levels, there is a possibility of causing too much potassium which brings its own set of issues. The half-dose combination therapy, however, can enhance sodium excretion in two different targets in the kidneys while ‘neutralizing’ the potassium changes. The result of this process, called natriuretic synergism, reduces blood pressure better than a full dose of either diuretic can do alone.

“Our study shows that amiloride itself is a very good drug – at least as effective as HCTZ; and that combing a half-dose of it with half-dose of HCTZ is a ‘win-win’ – producing better blood pressure, lower glucose and no change in potassium,” Brown explained.

The PATHWAY-3 study included 399 obese patients with hypertension with the average age between 61 and 63. The participants exhibited the need for diuretic treatment and had at least one other component of metabolic syndrome. They were randomly assigned either amiloride 10 mg by itself, HCTZ 25 mg by itself, or a combination of both at half the dosage for 12 weeks. Then, each group took double the dose of their assigned medication for another 12 weeks.

The oral glucose tolerance test (OGTT) was performed at baseline and at the conclusion of the study period. Participants in the amiloride only group showed a drop in glucose levels while those in the HCTZ group saw a rise, with the average difference between the two being a significant 0.55 mmol/L. Patients who received the half-dose combination treatment, however, demonstrated unchanged blood glucose levels. There was a significant difference of 0.42 mmol/L when compared to the HCTZ only group.

Blood pressure control was similar and acceptable in the amiloride only and HCTZ only groups, dropping 14.7 mmHg and 14.0 mmHg, respectively. There was an even better anti-hypertensive impact in the combination group with blood pressure dropping another 3.4 mmHg when compared to the HCTZ only group.

“It is probable therefore that it is the prevention of potassium depletion, combined with effective blood pressure reduction, which underpins the success of amiloride-HCTZ in the present study,” the authors noted.

You May Also be Interested in
Most Popular
Off-Label DOAC Use Not Appropriate for LV Thrombi, Increases Stroke Risk
Heart Failure Patients Could Benefit from Palliative Care
FDA Clears Embrace Epilepsy Smartband for Pediatric Use
NSAID-Associated Risks for Patients with Heart Disease
Colonoscopies: Fasting May Not Be Necessary