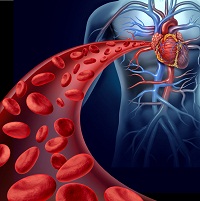 Investigators from Northwestern University sought to expand the limited research that existed examining real-world data to study differences in the CV effects of GLP-1 agonists. Investigators included patients with a first pharmacy dispensing event, which served as the index date, 2 or more fills, and no evidence of antidiabetic medication fills besides metformin in the study. Medical diagnoses associated with claims were coded by the International Classification of Diseases, 9thRevision. The primary outcome was time to first major adverse CV event after starting index ADM and composite primary outcome of hospitalization including, ischemic heart disease, stroke, congestive heart failure, or peripheral arterial disease.

Investigators performed chi-square tests to examine associations between baseline covariates and the index GLP-1 medication. Cox proportional hazards regression was used to model the association between index GLP-1 and CV events, adjusting for baseline patient, prescriber, and plan characteristics. Stratified analyses to measure effects on patient subgroups and a time-varying Cox model, accounting for changes over time, were completed by investigators.

Too few patients received albiglutide (360) and dulaglutide (99), so evaluation of CV outcomes were restricted to liraglutide (7531), E-ER (1451), or E-IR (1910). Using liraglutide as reference, neither formulation of exenatide was significantly associated with differences in composite CV outcome. Adjustment for time-varying covarirates produced similar results. Investigators found no significant differences between GLP-1 for individual CVD categories. For ischemic outcomes, the hazard ratio was 1.85 (95% C.I. 0.97-3.53) relative to the liraglutide. Stratified analyses resulted in similar non-significant results.

In a 2018 interview with MD Magazine ® , Robert Gabbay, MD, PhD, chief medical officer at the Joslin Diabetes Center, said that in the case of GLP-1 agonists, the question has always been about the results.

“In the GLP-1 [class], I think there clearly some that have shown benefit and others [that have not]. The debate, always, when you don't see a benefit is: was it that the study population was slightly different, or a number of study design factors that could explain it, or are the analogs actually different and they have different effects? I think it's that adds to some level of confusion in choosing them,” Gabbay explained.

The study, “Comparing Cardiovascular Effects of GLP-1 Agonists in a Real World Setting,” was presented at ENDO 2019.