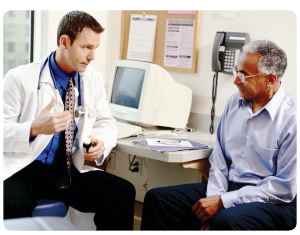 The trial—led by Francisco Jose Zayas, MD, of the Endocrinology Department at San Juan Hospital in Puerto Rico—could have strong implications for the nation’s diabetes population, who face an economic burden that requires more efficient and assured therapy decisions from its physicians.

The investigators selected 130 TD2M patients with HbA1C > 7 for the retrospective cohort analysis. Of the population, 69 (53%) had been treated with SGLT-2 inhibitors. The team also reviewed patient medical records and demographics, as well as their treatment history, HbA1C, and adverse effects over a six-month follow-up period.

When adjusting for confounders, investigators reported a regression coefficient of -1.07 (95% CI: -1.85 to -.29; P < .008). Investigators concluded that use of the drug class was responsible for an increased mean HbA1C reduction in patients.

Currently, 1 in 11 adults have T2DM globally. Previous analysis has evidenced that Hispanics already face a greater rate of complications due to the condition, and that’s without consideration to the approximate mean $9600 patients have been found to spend on diabetes therapy annually.

As Zayas and colleagues noted, Puerto Rico is currently undergoing an economic crisis that “affects patients treatment warranted by the availability of some medications due to affordability.”

Though they conceded their study was limited by the brief follow-up duration and small patient population, the investigators added these were both also due to the high costs association with treatment options.

“But should we consider it as add-on treatment of T2DM?” they prosed. “We may say that if patients are able to bear the expense of SGLT2I and/or are close to target it may be used as adjunctive treatment since the mean difference in A1C between both groups was -1.07 at 6 months.”

The study, “Clinical Experience of SGLT2 Inhibitors in a Hispanic Population: Should We Consider Its Use as Add-On Treatment?” was presented at ENDO 2019.