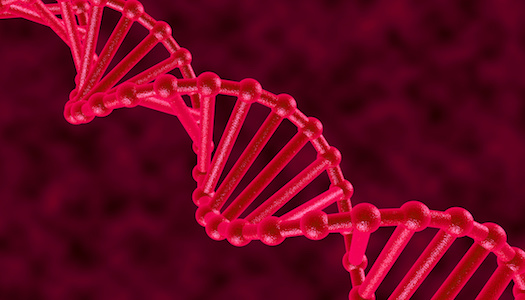 A new assessment of the world’s largest twin registry found that autoimmune diseases commonly cluster in patients, and are frequently influenced by genetics.

A team of Sweden-based investigators—led by Jakob Skov, MD, a PhD candidate at the Karolinska Institute in Stockholm—looked into rates of 7 autoimmune diseases (AIDs) via the Swedish Twin Registry, a database which allowed them to assess 116,320 twins of known zygosity.

Their results, presented at the Endocrine Society (ENDO) 2019 Annual Scientific Sessions in New Orleans, LA, evidence the notion that AIDs are genetically complex disorders—in an etiological overlap crossover trial which had not previously been explored in an unbiased fashion.

“Familial aggregation of AIDs is common, and it is therefore not surprising that many genetic risk markers in autoimmunity are pleiotropic,” investigators wrote.

Skov and colleagues identified subjects in the twin registry with rates for the following AIDs: With consideration to additive genetic and unique environmental effects, among the most heritable conditions was Addison’s disease (.97), while pernicious anemia (.47) was the lowest observed heritable condition.

Total probandwise concordance—defined as the proportion of co-twins with any of the observed AIDs among twins with index AID—was weighed against proandwise pseudo-concordance rates to find a ratio distinguishing autoimmune clustering. The ratio was greatest for Addison’s disease (MZ .54; DZ 1.0) and vitiligo (MZ .46; DZ 1.0), and lowest for Hashimoto’s thyroiditis (MZ .29; DZ .29) and Celiac disease (MZ .12; DZ .31).

Investigators concluded that Addison’s disease, celiac disease, and T1D were all strong influenced by genes with heritability greater than 85%. Environmental factors were more likely to influence the prevalence of Hashimoto’s hypothyroidism, vitiligo, Grave’s disease, and atrophic gastritis.

“These results contribute to our understanding of what causes autoimmunity and how autoimmune diseases are related,” Skov said in a statement. “The findings may be helpful in patient education and autoimmune risk counseling.”

Within scope of the 7 observed AIDs, however, the defined probandwise concordance rates for individual diseases likely underestimated the burden of autoimmunity.

The study, “Heritability and Etiological Overlap in Seven Autoimmune Diseases: A Population-Based Swedish Twin Study,” was presented at ENDO 2019.

You May Also be Interested in
Most Popular
The Fear of the Coronavirus, and the Reality of the Flu
Epidemiological Investigation of Rheumatoid Arthritis Links Manual Labor to the Disease
The Gearhead's 2007 Holiday Gadget-Buying Guide
When to Suspect Diarrhea is Symptom of a Clostridium Difficile
Rewired Stem Cells Could Provide Their Own Arthritic Drug, Research Finds