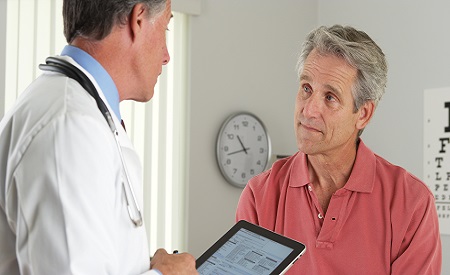 Analysis of a Connecticut-based hospital found that patients with type 2 diabetes (T2D) were almost 3 times as likely to have an outpatient encounter with a cardiologist than they would an endocrinologist.

The findings, presented at the Endocrine Society (ENDO) 2019 Annual Scientific Sessions in New Orleans, LA this weekend, also reported that patients with T2D and coexisting cardiovascular disease (CVD) were more than 5 times as likely to see a cardiologist than an endocrinologist over 1 year.

“Some, however, have proposed that cardiologists should take a more active role in prescribing these GLAs for CV risk reduction,” they noted. Therefore, the study sought to understand how many opportunities specialists of either field would have to even prescribe therapy to patients over 1 year.

The team reviewed the electronic records of adult patients with T2D who had reported outpatient encounters within the Yale New Haven Hospital System in 2017. They analyzed patient demographics, CVD diagnostic categories, the number of encounters with cardiologists and endocrinologists, provider types, and visit diagnoses.

Their parameters drew 78,878 observed patients with T2D. Mean patient age was 66.7 years, with 51% reported as female, and 40.1% having been diagnosed with established CVD.

“In the trials of outpatients with T2D, with or without HF, there has been remarkably consistent findings of reduction in hospitalization for HF and cardiovascular deaths, and with similar benefits whether the patient has preexisting HF or not,” Fonarow said. “So, for patients with T2D trying to prevent HF from developing—but more importantly, for patients with preexisting HF and comorbid T2D—this is a way of giving them medication that manages blood sugar and helps improve cardiovascular outcomes.”

Investigators concluded that, in order to optimize the proven benefits of SGLT-2 inhibitors and GLP-1 receptor agonists in these patient populations, cardiologists should ensure they capitalize on the frequent outpatient encounters by adhering to new treat guidelines and prescribing therapies when appropriate.

“Educational programs pertaining to these emerging treatment paradigms should target cardiologists in addition to endocrinologists (and primary care physicians),” they concluded.

The study, “Cardiologist vs. Endocrinologist Encounters in Patients with T2D and CVD: Potential Implications for Glucose-Lowering Therapy Use and Education,” was presented at ENDO 2019.

You May Also be Interested in
Most Popular
The Fear of the Coronavirus, and the Reality of the Flu
Epidemiological Investigation of Rheumatoid Arthritis Links Manual Labor to the Disease
Notes From Rounds: Anticoagulation Reversal Strategies for ICUs
When to Suspect Diarrhea is Symptom of a Clostridium Difficile
The Gearhead's 2007 Holiday Gadget-Buying Guide