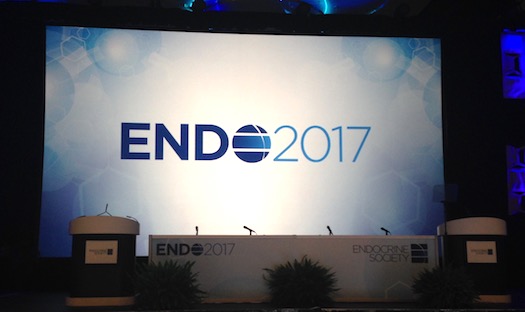 At a news conference on one of the final days of the 99th Annual Meeting of the Endocrine Society in Orlando, Florida, men’s health was at hand. Dr. Hong Zhao, PhD, MD, of Northwestern University spoke on how hormones may be at the root of hernias in older men.

Groin hernias occur in more than 1 in 4 American men, accounting for more than $2.5 billion in health care costs in the United States. Complications and a notable recurrence rate further deepen the problem, according to Zhao. Incidence peaks between the ages of 60 and 75, with a 50% annual incidence after 75.

Zhao and her team speculated that sex steroid hormone changes that occur with age might have something to do with rising incidence. They stumbled into the hypothesis while studying a breast cancer model in mice that had been genetically modified to carry the human gene of aromatase, an enzyme involved in the conversion of testosterone to estrogen. They noticed that some of the male mice developed what they first thought were tumors, but were actually significant hernias.

To further this, they set up a new study around the question of whether or not estrogen has a causal link with hernia.

In mice modified to carry a human-similar aromatase, significant weakening was observed in the lower abdominal muscles, with all of them suffering hernia by 6 weeks of age. Mice treated with an aromatase inhibitor had no incidence of hernia, however.

In muscles, estrogen receptors are only expressed in fibroblasts distributed throughout the muscle tissue. When faced with an increased supply of estrogen it was observed that the fibroblasts proliferate, causing atrophy and fibrosis, the weakening the muscle and creating the predisposition to hernia. Imaging of the lower abdominal muscles in the aromatase-treated mice was markedly similar to images of the composition of such muscles in older male humans.

Responding to a question asking the difference in women, who naturally have higher levels of estrogen throughout life and who can suffer extreme stress to their abdominal walls during pregnancy, Zhou said that such a question was a setup for their future work. They observed no hernias in female mice, and in the human population only 3% of all hernias occur in women.

Zhou was optimistic about the power of the work, saying it was “really the first time a study reviewed the hernia formation mechanism by linking the shift from androgen to estrogen in hernia formation.”

“I think it’s very exciting,” she said, “Because before, when you had a hernia, you saw a surgeon. Endocrinology is the study of hormones, it was really in front of our nose and nobody connected it. It will open so many paths for future potential treatments for this disease.”

“Today, hernia is really an endocrine disease,” she said.


You May Also be Interested in
Most Popular
Study Finds Marijuana Use Not Linked to Increased Stroke Risk
Adam Friedman, MD: Returning to Normal During the COVID-19 Pandemic
US Medical Groups Share Front Against Racism, Healthcare Disparity
Experts Advise on Asthma Care, Management during COVID-19
Free Webinar, Derm Clinical Updates: Keeping Up with COVID-19