Kasia Lipska Argues Against Over-Treatment of the Oldest Diabetes Patients 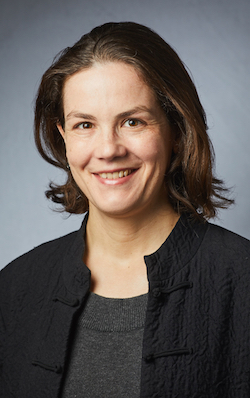 Speaking at ENDO17 in Orlando, Florida, Kasia Lipska, MD (pictured), an endocrinologist at the Yale School of Medicine, highlighted the nuanced challenges of diabetes care in the oldest of the old.

She noted that type 2 diabetes (T2D) is increasingly being diagnosed in older patients, with patients aged 65 or older nearly doubling from 1 in 10 to 1 in 5 between 1980 and today. A quarter of seniors in nursing homes, she said, have diabetes.

Age in years doesn’t tell us enough about the aging process, she said, mentioning that “older patients lumped in a group are not all the same.”

Among adults aged 75 or older with T2D the most frequent complication is hypoglycemia requiring an emergency room visit, with over 30 incidents per 1,000. They are also at high risk for complications of treatment.

The goals for treating the very elderly with T2D, as she presented them, were to reduce the risk of acute and chronic complications, improve symptoms, and minimize the harms and burdens of therapy.

HbA1c over 9% presents various known complications, but Lipska made it a point to argue that chasing improvement metrics can be fruitless if the patient has other comorbidities that lead to a low life expectancy. Tight glycemic control depends on that expectancy: for patients expected to live less than 5 years, it’s not very helpful, for those expected to live 5 to 10 more years, it is unlikely to be helpful, and for those expected to live a decade or more, it’s possibly helpful. A1c isn’t the best marker for treatment in nursing home patients, she argued.

The point of this was not the idea of giving up on older patients with shorter life expectancies, but rather to avoid creating other harms and burdens in pursuit. Hypoglycemia and other side effects like weight gain and renal dysfunction in addition to costs were all cited.

Lipska championed minimally disruptive medicine, urging physicians to respect the capacity of patients and caregivers and lower the burden of treatment. “We often don’t look at the work the patients do,” she said, referring to the extensive time commitment T2D patients invest daily in addressing their condition, particularly older patients with many comorbidities.

There should be room for de-intensifying therapy when appropriate, she mentioned, especially given the bulk of guidelines that focus on doing just the opposite.


You May Also be Interested in
Most Popular
Top 10 Painkillers in the US
Counterfeit Medications a Global Issue
Why do Women Have Trouble Taking Their Prenatal Vitamins?
Certain Blood Types Linked to Protective Benefit for Red Meat Allergy
Chronic Drinking Increases Sleep Apnea in Men