Bisphenol A and the Risk of Endocrine- Disrupting Chemicals 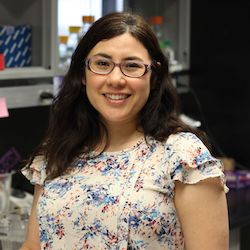 At a news conference at the 99th Annual Meeting of the Endocrine Society in Orlando, Florida, Lindsey S. Treviño, PhD, (left) of Baylor College of Medicine spoke of the potential long-term effects of common packaging materials.

She spoke of Bisphenol A (BPA), a plasticizer used in manufacturing food packaging and toys, calling exposure to the chemical “ubiquitous”, saying studies have estimated that it can be detected in the urine of 93% of Americans. Her team’s work dealt with whether or not early life exposure to such endocrine-disrupting chemicals (EDOs) could contribute to risk of non-alcoholic fatty liver disease (NAFLD).

Her team’s study posed the question: “If we are exposed to BPA early in life, how does his alter our software or epigenome to increase the risk of fatty liver disease in adulthood?”

Setting up the discussion, she referred to a process of “reprogramming” the epigenome, equating early exposure to EDOs as a sort of bad software update on the body’s chemistry. Adults can metabolize BPA in about 6 hours, but infants do not develop the enzyme to do that as quickly, and it can stay in their systems for significantly longer. The team sought to determine whether that inability to metabolize such an EDO could result in in the sort of early “reprogramming”” that would eventually lead to predisposition to NAFLD.

Her team ended up using a rat model in which they were delivered an “environmentally relevant dose” in the first 5 days of life, “when the software is being installed” so to speak. Later in life, they were delivered a brief treatment with a high-fat diet was used to detect if such reprogramming was hidden until the system was challenged. The diet was also delivered to control specimens that had not received the BPA exposure.

In the BPA-exposed rats, the high-fat diet led to an increased liver weight, high cholesterol, and increased blood fats, as well as expression of genes linked to fatty liver disease. The control rats did not express the same systems.

Triveño believes this is a solid basis to hypothesize that early BPA exposure, even in low doses, can realign the body’s liver development to increase predisposition. The work is early and she says it has led to the identification of a potential biomarker that the team is now testing in humans. She did not divulge much, as the work is ongoing, except to say that it will be tested “in a certain ethnic group that has NAFLD although their religion does not permit them to drink alcohol.”

Triveño did go on to posit that such reprogramming can sometimes be undone with the right diet, and that these mutations are very different from those in the body’s DNA, or the “hardware.”

“We are exposed to all kinds of endocrine disruptors, both early on in life and during adulthood…as I mentioned today, the early life exposure is actually reprogramming the liver software,” she said. “Although adult exposures are also important, where the biggest impact of these exposures occurs during early life.”