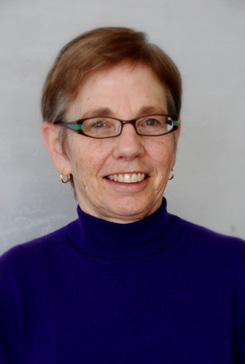 Ann Schwartz, PhD, a professor of Epidemiology & Biostatistics at the University of California San Francisco (pictured) gave a deliberate speech on the impact that medications for type 2 diabetes (T2D) can have on bone mineral density (BMD) and fracture risk in patients.

T2D patients have average or higher BMD than others, but also have a higher risk of fractures, including about a 30% increased of hip fracture. They are also more likely to have complications from that fracture. There are problems, she says, with using BMD T-Score or the Fracture Risk Assessment Tool (FRAX) to predict that fracture risk in diabetes patients, though.

Schwartz mentioned that the T-score underestimates risk in diabetic patients, and diabetes is not on the list of potential factors in a FRAX assessment. She hopes that diabetes will be included as a metric in FRAX down the road, but in the meantime recommended checking in rheumatoid arthritis instead when assessing a diabetic patient. She described this bypass as “crude,” but likely to provide a more accurate risk result.

She then ran through a detailed review of three popular classes of T2D medicines and what studies have shown about their interaction with fracture risk.

“TZDs were sort of a wakeup call,” she said, citing the first studies that showed thiazolidinediones could cause an increased risk of fracture. A 2014 meta-analysis showed an increased risk in women but not in men (1.94; 1.60-2.35 as opposed to 1.02; 0.83-1.27). In another study, rosiglitazone, metformin, and glyburide were compared for their fracture incidence over years, and while metformin and glyburide remained consistent, the study showed a large increase in the rosiglitazone group after one year.

Glucagon-like peptides, like GLP-1, had once been thought protective against fracture but haven’t been shown to have much impact in a very large meta-analysis. Different studies showed some GLP-1 drugs having a positive effect and others negative, which Schwartz referred to as “probably a chance finding.” With the results inconclusive, she considers there to be “no evidence of effect at this point,” of a negative effect, according to Schwartz.

Sodium-glucose co-transporter 2 (SGLT2) inhibitors also had a mixed record, with a ”signal of increased risk” found in a 2014 study of dapagliflozin. Meta-analysis on canagliflozin found about a 30% increase in fractures, and empagliflozin studies found no effect. “We don’t know,” Schwartz says, citing “some evidence but results are mixed,” suggesting that it’s “probably a good idea to avoid,” their use in diabetics at high risk of fracture in the meantime.

Osteoporosis therapy is logical in T2D, she argued, as bisphosphonates do appear effective in preventing fracture with little to no impact on the diabetes.

“We need to be aware these tools are underestimating the risk,” Schwartz said of T-scores and FRAX, continuing to say it may be “wise to avoid TZDs and SGLT2i in type 2 patients at higher fracture risk.”

Beyond diabetes treatment, she recommended standard, common-sense approaches to mitigating fracture risk for diabetics, including the avoidance of falls and some lifestyle modifications, including use of vitamin D and calcium.