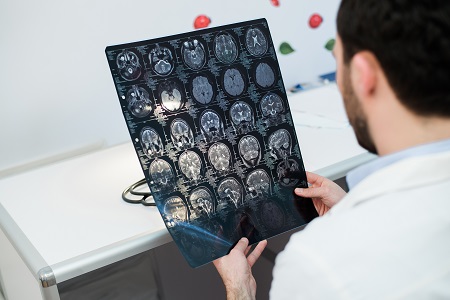 It was only this past July that a phase 2 clinical trial showed positive results for patients with relapsing-remitting multiple sclerosis (RRMS) taking siponimod. Now researchers have evaluated the drug’s efficacy in treating secondary progressive multiple sclerosis (SPMS) in a phase 3 trial.

A collaborative team spanning from Europe, the United States, and Canada conducted this study as there is a need for treatments to delay disability onset in SPMS. Presented as late breaking news at the 32nd Congress of the European Committee for Treatment and Research in Multiple Sclerosis (ECTRIMS 2016) in London, England, the researchers said that the EXPAND is the largest randomized, controlled study for this condition.

Siponimod, also called BAF312, is an orally active selective modulator of the sphinegosine-1 phosphate receptor subtypes 1 and 5. With the goal to analyze efficacy, safety, and tolerability of the drug, a total of 1,363 patients with SPMS were gathered from more than two dozen countries. SPMS was identified as progressive increase in disability for at least six months with an absence or independent of relapses. Patients ranged from 18 to 60 years old had Expanded Disability Status Scale (EDSS) scores from 3.0 to 6.5. The participants were randomly assigned (in a two-to-one ratio) to either receive siponimod 2 mg once per day (after the initial dose titration starting at 0.25 mg) or placebo. The trial continued until a predetermined amount of confirmed disability progression (CDP) events occurred.

“The primary efficacy outcome was time to three-month CDP measured by EDSS,” the authors explained. “The key secondary outcomes were time to confirmed worsening of >20% from baseline in the time 25-foot-walk test and T2 lesion volume change from baseline.”

Most of the patients (87%) participated in the study for at least one year; the median amount of time was 21 months. A total of 449 CDP events occurred and patients were only allowed one event for the primary endpoint. Adverse events were reported in 85.3% of patients and serious adverse events in 16.7%.

When compared to the placebo, siponimod significantly reduced the risk of disability progression, according to the researchers.

The drug maker company, Novartis, plans to continue to analyzing the results from the trial and submit the findings for publication.

Also on MD Magazine >>> More News from ECTRIMS 2016 in London

You May Also be Interested in
Most Popular
Final Thoughts on the Treatment of Beta-Thalassemia
Advancing Biologic Research in Asthma
Q&A With Maha Radhakrishnan From Biogen: Zinbryta Looks To Bring New Tool to Multiple Sclerosis Treatent Battle
Inadequate Health Literacy Could Spell Disaster for Heart Failure Patients
When to Suspect Diarrhea is Symptom of a Clostridium Difficile