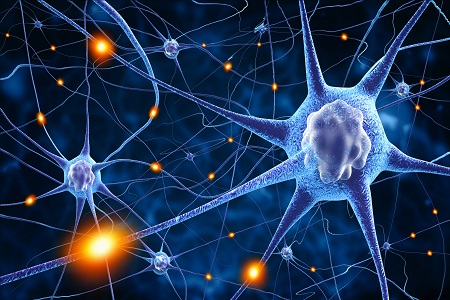 Delayed-release dimethyl fumarate (DMF) has yielded positive results in multiple sclerosis (MS) studies, however, the data has been limited to a particular population. So now researchers presented more in-depth findings at the 32nd Congress of the European Committee for Treatment and Research in Multiple Sclerosis (ECTRIMS 2016) in London, England.

At last year’s conference, which took place in Barcelona, Spain, researchers reported positive results in the DEFINE and CONFIRM phase 3 trials for Caucasian patients. The aim of the new phase 3 study was to identify the efficacy and safety outcomes for patients with relapsing MS from Asia-Pacific countries.

Over 24 weeks, the collaborative team from Japan and the United States monitored the use of DMF in 225 patients. A total of 114 patients were from Japan and the others came from South Korea, Taiwan, the Czech Republic, and Poland. The cohort was split in half to receive either DMF 240 mg or placebo twice per day. “The primary endpoint is the total number of new gadolinium-enhancing (Gd+) lesions over four brain magnetic resonance imaging (MRI) scans at Week 12, 16, 20, and 24,” the authors explained, “the secondary endpoints are the total number of new Gd+ lesions from Baseline to Week 24 and the number of newly enlarging T2 lesions at Week 24 compared with Baseline.”

Adverse events were more common in those taking DMF than placebo, and common effects were gastrointestinal tolerability events (33% vs. 16%) and flushing and related symptoms (30% vs. 9%), respectively. Infection occurred in 41% on DMF and 42% on placebo.

From Baseline to Week 24, the average absolute lymphocyte counts decreased by about 16% in those treated with DMF. This kept them within normal limits at all points in the study.

“These results indicate that the beneficial effects of DMF demonstrated in Caucasian patients extend to Asian (including Japanese) MS patients,” the researchers concluded. Both efficacy and safety were confirmed in the Asia-Pacific population. The team is continuing to investigate open-label safety.

Also on MD Magazine >>> More News from ECTRIMS 2016 in London

You May Also be Interested in
Most Popular
Denise Daley, PhD: Early Asthma Interventions for Infants
How to Spot a Bad Doctor
Top 10 Painkillers in the US
Flu Cases Near 30 Million in the US, CDC Reports
Respiratory Failure Deadlier When It Happens in Hospitals