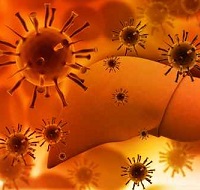 
Researchers from Dublin, Ireland found in one study that fully 26% of that city’s homeless population tested were positive for HCV.


Reporting at the International Liver Congress 2016 in Barcelona, John S. Lambert and colleagues will present a study on the Dublin Hepcheck Program, a community based testing program for HCV using the Oraquick HCV saliva test.


In an abstract to be presented at the conference, they note that research on the prevalence of HCV in this population was thought to be high, but that the exact numbers were unknown.


“Due to increased risk taking behavior, including injecting drugs and sharing equipment, there is a significant risk for transmission of blood borne viruses, (BBVs) predominantly through parenteral contact,” they wrote.


Of those 9.6% were new diagnoses, and 112 were previously diagnosed but lost to followup or unsuccessfully referred for treatment.


Most of the subjects (72%) were males; 23% had previously been injection drug users (IDU) and 15% were currently IDU.


The subjects were referred for treatment, but the success rate in getting them there was poor.


“To date only 6 have attended despite key worker support,” they noted, and “ forty five percent (n=18) of those referred have not attended.”


“An immediate referral, even with enhanced services, failed to get this population to attend secondary services,” they concluded.


“A new paradigm of education, community assessment and community based ‘shared care’ treatment must be developed if we aim to allow this ‘vulnerable population’ of homeless people to access curative treatments with the new interferon free direct acting HCV antivirals.”