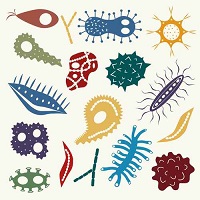 Fecal microbiota transplant (FMT) has quickly gone from being an obscure and controversial therapy to an accepted treatment.

But a Rhode Island team is calling for more diagnostic caution. FMT was wrongly proposed for more than 25% of patients who were referred for the treatment at their center, the researchers said.

In an abstract of a study presented May 18 at the Digestive Disease Week conference in Washington, DC, a team from Brown University in Providence, RI looked at patients’ records from Jan. 2013 to May 2014 to determine the spectrum of diagnoses in patients with C. difficile referred for FMT.

Sidney Olefson, MD, and colleagues collected data through consults with referring providers. They included patient demographics, their history of C. dif infection and any comorbidities.

The team's area of interest was the accuracy of C. diff diagnosis, as well as the frequency with which patients without C. dif infection were referred for FMT, and the rate of C. diff infection cures in those who appropriately had the therapy.

There were 109 patients in the study, average age 61.7 years, and 71.6% were women. Most (87.3%) were Caucasian. Recurrent C. diff infection was the most common reason for referral (91.8%).
But 25.7% of patients presumed to have C. diff did not. In that group the most common alternative diagnoses were irritable bowel syndrome, inflammatory bowel disease, bile salt malabsorption, pancreatic insufficiency, celiac spru, drug effect, and lactose intolerance.

There were 5 patients with 2 or more concurrent diagnoses.

Among the patients who received an alternative diagnosis, about half had been found unresponsive to C. diff  therapy.

The majority of patients were either self-referred or referred from a primary care physician. The diagnostic accuracy from these sources was lower than that of hospitals or specialists. But even gastroenterologists inaccurately diagnosed C. dif infection in 15% of the cases they referred.

The lessons learned were that “a significant proportion of patients referred for FMT for C. dif  subsequently receive alternative diagnoses,” the team concluded.

Diagnoses by non-specialists are more likely to be wrong, they said.

“Providers should consider all possible etiologies for diarrhea, especially in patients who have atypical features of C. dif infection,” the researchers concluded.


You May Also be Interested in
Most Popular
Weight Loss Before Bariatric Surgery Reduces Mortality Risk
Kerry Cooper, MD: Sodium Zirconium Cyclosilicate in Hemodialysis Patients
Taking the Guesswork Out of Concussion Tests
C. Diff Foundation Highlights Latest Advances in the Battle Against the Deadly Pathogen
Is the Root of Chronic Pain a Potential New Drug Target?