Patients with HIV Six Times as Likely to Have Schizophrenia 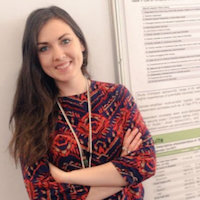 Kalysha Closson, MSc
There is a six-fold prevalence of schizophrenia in people with HIV than that of the population without the virus, according to the results of a Vancouver, BC, Canada-based study.

The study, presented at the 25th Conference on Retroviruses and Opportunistic Infections (CROI) in Boston, MA, this week, found a distinct association between the mental disorder and HIV — a relationship sparsely analyzed before.

Researchers from the British Columbia Centre for Excellence in HIV/AIDS in Vancouver, performed a population-based retrospective cohort study that estimated schizophrenia prevalence and mortality outcomes in the people living with HIV, and a randomly selected 10% sample of individual in British Columbia, from 1998 to 2013.

The survival time by HIV-status was accessed by a Kaplan-Meier plot, and age and sex-adjusted mortality rates were calculated with the 2016 Canada population used as reference. Researchers examined the association between HIV and all-cause mortality among patients with schizophrenia using logistic regression.

Among those with both HIV and schizophrenia, the population was mostly male (75%), living in an urban setting (91%), had a history of injection drug use (75%), and was at least once on anti-psychotic medication (49%; P <0.001). The population of patients with schizophrenia, but not HIV, reported lesser rates for injection drug use (20%) and antipsychotic medication (39%).

“We found that with this group — because they had the highest mortality — having access to psychiatric care or psychiatric meds, as well as accessing a psychiatrist, was associated with reduced odds of mortality,” Closson said.

Closson noted that patients are generally treated for conditions in regard to the condition’s specialty — very few “one-stop shops” exist for patients suffering from both a virus and a mental condition.

She called for more holistic services to be put in place, in order to ensure such patients have continued care and lessened mortality risk.

You May Also be Interested in
Most Popular
Nanoparticle Treatment Showing Promise Against Rhumetaoid Arthritis
Top 10 Painkillers in the US
Comparing RT-PCR and Chest CT for Diagnosing COVID-19
Positive Results Treating Active Psoriatic Arthritis with Upadacitinib
Tanezumab Outperforms Placebo, Tramadol in Improving Chronic Back Pain