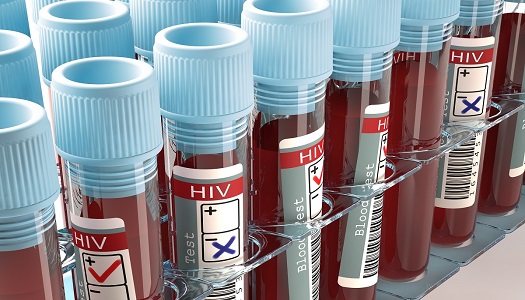 Encouraging phase 3 trial results on the investigational HIV drug, doravirine (MK-1439/Merck), were announced at the Conference on Retroviruses and Opportunistic Infections (CROI 2017) in Seattle, Washington.

Kathleen Squires, MD, from Thomas Jefferson University in Philadelphia, Pennsylvania, explained the findings during a presentation at the conference.

In the study, doravirine was compared to an HIV drug already approved by the US Food and Drug Administration, darunavir (Prezista/Janssen). Doravirine is a novel, next generation non-nucleoside-reverse transcriptase inhibitor (NNRTI). It’s being developed as a single entity as well as a fixed-dose combination with tenofovir disoproxil fumarate and lamivudine (3TC).

The primary hypothesis was that doravirine 100 mg is non-inferior to darunavir 800 mg plus ritonavir (R) 100 mg—each in combination with tenofovir/emtricitabine (TDF/FTC) or abacavir/3TC.

All of the patients had a viral load of at least 1,000 copies/mL. At baseline, the average age was 35 and about 85% of participants were male. Less than 10% of patients had clinical AIDS.

By week 48, 327 patients (83%) were still enrolled in the study. Discontinuation in the two groups were similar, with the most common reason being the number of pills required every day.

The amount of patients who achieved HIV-1 RNA <50 copies/mL by the end of 48 weeks was 84% and 80% in the doravirine and darunavir-R groups, respectively. Treatment emergent drug resistance occurred in 19 patients (5%) and 24 patients (6%) in each group, respectively, and 40 patients (10%) and 53 patients (14%) discontinued the study without being affected by drug resistance.

“Approximately 80% of patients in either arm experienced one or more adverse events,” Squires explained during the presentation. The most common in both the doravirine and darunavir-R groups was diarrhea—54 patients (14%) and 86 patients (22%), respectively. Nausea was the second highest common adverse effect—41 patients (11%) and 46 patients (12%).

“In conclusion, in HIV-1 infected treatment-naïve participants, doravirine in combination therapy demonstrated low rate of resistance with only one of 383 participants on doravirine developing genotypic and phenotypic resistance to any study drug through week 48,” Squires said.

You May Also be Interested in
Most Popular
The Fear of the Coronavirus, and the Reality of the Flu
Novalung System Granted 510(k) Clearance for Whole ECMO System
Gut Microbiota Could Be a Biomarker for Pulmonary Arterial Hypertension
Psoriasis Increases Cancer Risk
Navy Medicine: A Strategic Roadmap for Implementing a Virtual Mental Health Program