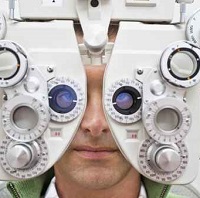 A phase III study that examined teriflunomide (Aubagio) in a subtype of patients with multiple sclerosis was presented at the 2016 Annual Meeting of the Consortium of Multiple Sclerosis Center (CMSC) in National Harbor, Maryland.

Optic neuritis, inflammation of the optic nerve, is a rare condition but often associated in those with multiple sclerosis. The eye condition can even be a sign of the central nervous system disease. A recent phase IV trial supported the benefits of teriflunomide in multiple sclerosis, but primary outcomes in those with the additional optic neuritis had yet to be determined.

Researchers gathered 614 patients with multiple sclerosis â€“ 200 of which also had optic neuritis â€“ for the TOPIC study. The majority of participants with optic neuritis had monofocal presentation instead of multifocal (147 vs. 53 patients). The results were revealed in a poster session at CMSC 0216. In both treatment and placebo groups with optic neuritis, a little over 25% of patients had gadolinium (Gd)-enhancing lesions. After the study period, however, the amount of patients with Gd-enhancing lesions was smaller in the group that took teriflunomide 14 mg. Less patients on the treatment also had less unique active lesions.

Patients with monofocal presentation of optic neuritis had a significant reduced relapse risk when on the teriflunomide treatment. In addition, the researchers reported that the treatment had a significant impact on MRI lesion activity. Therefore, it appears that teriflunomide has consistent efficacy among different subtypes of multiple sclerosis.

You May Also be Interested in
Most Popular
The Fear of the Coronavirus, and the Reality of the Flu
Partnering with Patients: Effective, Patient-Centered Care for Chronic Pain
Socioeconomic Status, Racial Disparity at the Heart of US Pollution
Rewired Stem Cells Could Provide Their Own Arthritic Drug, Research Finds
Epidemiological Investigation of Rheumatoid Arthritis Links Manual Labor to the Disease