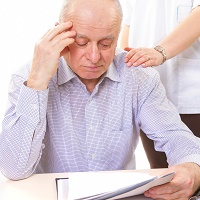 A change in appetite may not be a huge red flag in most people, but in patients with multiple sclerosis, it could have a larger meaning.

Major depressive disorders and suicide are not exactly uncommon in those with multiple sclerosis. In fact, one study found that these patients have a 7.5 times higher risk of taking their lives than the general population. Unfortunately, only about half of people with the central nervous system disease are actually screened for such risks.

Aliza Ben-Zacharia, MSc, from Mount Sinai Hospital in New York, aimed to identify key predictors that could help clinicians identify at-risk patients. She presented at the 2016 Annual Meeting of the Consortium of Multiple Sclerosis Center (CMSC) in National Harbor, Maryland. A total of 34 people with multiple sclerosis – 71% female, 73.5% Caucasian, 56% married – were recruited from an urban clinical practice. The participants were described as “educated” and more than half lived with a partner or family. Predictors of suicide were evaluated using the Beck Depression Inventory II (BD-II) and Beck Depression Inventory Fast Screen (BDI-FS).

The results revealed that suicide prevalence was 11.76%. This risk was associated with participants who were not Caucasian, not married, and lived by themselves. Key determinants of suicide among this population were depression, sadness, change in appetite, and loss of pleasure.

“Early screening with the BDI-FS is critical in clinical practice,” Ben-Zacharia wrote. She believes that this research warrants further investigation to uncover how disability and relapses play a role in suicide risk.

You May Also be Interested in
Most Popular
The Fear of the Coronavirus, and the Reality of the Flu
Federal Funding in Pain Research Falls, But Project Pipeline Grows
Opinion: Fellow Physicians, Please Stop Devaluing Your Medical License
Data Support Long-Term Efficacy for Opioid Therapy for Chronic Non-Cancer Pain
Top 10 Painkillers in the US