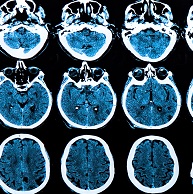 To date, there is no treatment approved by the US Food and Drug Administration (FDA) for primary progressive multiple sclerosis. But a promising treatment could change that regardless of apparent skin reactions.

Ocrelizumab began to cause quite a stir in October 2015 when a pair of phase III studies determined positive efficacy and safety with the drug. The drug selectively depletes CD20+ (transmembrane protein) B cells without harming the immunity that plasma cells provide. Since it’s believed that B cells contribute to the biology of multiple sclerosis, this was coined as a game-changing finding.

Ocrelizumab became the first investigational medication to be granted Breakthrough Therapy Designation by the FDA for multiples sclerosis in February.

Although a promising treatment for primary progressive multiple sclerosis, infusion-related reactions (IRRs) have been observed with ocrelizumab. In a poster session displayed at the 2016 Annual Meeting of the Consortium of Multiple Sclerosis Center (CMSC) in National Harbor, Maryland, researchers assessed the drug’s symptom profile. In a 2-to-1 ratio, a total of 725 patients either receive ocrelizumab 600 mg via intravenous as two 300-mg infusions 14 days apart or placebo infusions. This occurred every 24 weeks for at least 120 weeks until a predetermined number of 12-week disability progression events took place. All participants were pretreated with methylprednisolone 100 mg or equivalent through IV infusion.

The majority of IRRS, defined as events taking place within 24 hours of infusion, were mild to moderate. The average treatment duration was about three years and at least one IRR occurred in 194 patients (39.9%) treated with ocrelizumab and 61 patients (25.5%) given the placebo. There were no life-threatening reactions, the authors confirmed, but the most common IRR was skin and subcutaneous tissue disorders.

“The incidence of IRRs in the ocrelizumab group was highest with the first infusion (27.4%) and decreased markedly with subsequent dosing (11.6% at first infusion of dose 2),” the team specified.

Although mild to moderate reactions were common with the first infusion, they were manageable with infusion adjustments and other interferences.

You May Also be Interested in
Most Popular
The Fear of the Coronavirus, and the Reality of the Flu
Partnering with Patients: Effective, Patient-Centered Care for Chronic Pain
Socioeconomic Status, Racial Disparity at the Heart of US Pollution
Rewired Stem Cells Could Provide Their Own Arthritic Drug, Research Finds
Epidemiological Investigation of Rheumatoid Arthritis Links Manual Labor to the Disease