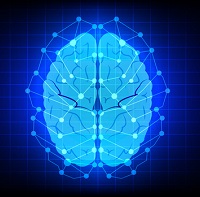 Individual trials have shown various benefits associated with fingolimod (Gilenya) for relapsing-remitted multiple sclerosis (RRMS), but its consistency across studies has not been fully understood.

The impact of fingolimod, an oral pill, for multiple sclerosis has been continuously investigated. One recent study found that the treatment may not be all that beneficial, while a clinical setting trial reaffirmed the belief that it is.

In a presentation showcased at the 2016 Annual Meeting of the Consortium of Multiple Sclerosis Center (CMSC) in National Harbor, Maryland, a team of researchers from Seattle, Washington and Basel, Switzerland analyzed the consistency of this treatment over two years. Two phase III clinical trials, FREEDOMS and FREEDOMS II, evaluated fingolimod 0.5 mg versus placebo for two years. Positive outcomes were observed with the drug for annualized relapse rate (ARR), magnetic resonance imaging (MRI) lesion activity, and brain volume loss (BVL). Significant improvements were also apparent in confirmed disability progression (CDP) among patients with RRMS.

“Fingolimod was associated with a consistent, significant reduction in disease activity across key measures of inflammatory processes and disease worsening in patients with RRMS,” the researchers concluded.

You May Also be Interested in
Most Popular
The Fear of the Coronavirus, and the Reality of the Flu
Dream Experiences Shed Light on Neurophysiology of Narcolepsy
FDA Expands ALS Oral Drug Riluzole to Feeding Tube Use
Socioeconomic Status, Racial Disparity at the Heart of US Pollution
Dilsher Dhoot, MD: The Future Focus of DME Research