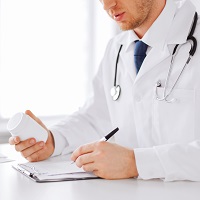 Disease-modifying therapies (DMTs) help reduce relapses in people with multiple sclerosis. While options have expanded, little is known about which one has the greatest effectiveness.

In one study presented at the 2016 Annual Meeting of the Consortium of Multiple Sclerosis Center (CMSC) in National Harbor, Maryland, researchers analyzed five DMT treatment options. Using a database consisting of 6,372 patients with multiple sclerosis ages 18 to 64, the team assessed the number of relapses over a year. The following amount of patients were on the treatments: The average age in each group fell somewhere in the 40’s and most of the participants were females. Annual relapse rate (ARR) within the previous year were similar among the groups. When it came to percentage of patients who had been on another DMT treatment within the previous year, the data came in at 68.7%, 15.7%, 13.5%, 64.2%, and 66%, respectively. The unadjusted ARR following DMT initiation measured in: The incidence rate ratio was then adjusted based on the DMF finding and the ARR came in at: 1.34 for GA, 1.27 for IFN, 1.03 for FTY, and 1.23 for TER.

“DMF demonstrated significantly better effectiveness than GA, IFN, and TER in the real-world setting,” the authors confirmed. “No significant difference was observed between DMF and FTY.”