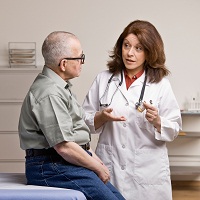 Fingolimod (Gilenya) is an immunosuppressant used to treat multiple sclerosis, but improvements with disability have been unsteady with this drug.

The FREEDOMS trials examined the use of fingolimod in patients with relapsing-remitted multiple sclerosis (RRMS). But after two years, most patients had minimal disability changes or were fluctuating. This warranted a longer study, so researchers conducted an analysis over eight years and presented the findings at the 2016 Annual Meeting of the Consortium of Multiple Sclerosis Center (CMSC) in National Harbor, Maryland.

The team’s mission was “to investigate over 96 months how patterns of disability evolved and the impact of fingolimod treatment on long-term disability, in the pooled FREEDOMS RRMS population, based on categorical analysis of change in EDSS [Expanded Disability Status Scale] score.” In these trials, a total of 783 patients received fingolimod 0.5 mg and 773 received a placebo. It was noted if the participants continued the fingolimod therapy or switched during the trial extensions. EDSS was measured at baseline and 24, 48, and 96 months and were categorized by the following criteria: Meaningful changes were more supported at 96 months than 24 months, the researchers pointed out, which is in line with the previous FREEDOMS trials that didn’t show much change at that point.

However, the 75 patients in the switch group had worse results at the 96-month mark – 20% were improving, 28% were worsening, and 52% had minimal or fluctuating changes. Therefore, not only does long-term treatment yield better results, but consistent treatment plays into positive outcomes as well.

You May Also be Interested in
Most Popular
The Fear of the Coronavirus, and the Reality of the Flu
Epidemiological Investigation of Rheumatoid Arthritis Links Manual Labor to the Disease
The Gearhead's 2007 Holiday Gadget-Buying Guide
When to Suspect Diarrhea is Symptom of a Clostridium Difficile
Rewired Stem Cells Could Provide Their Own Arthritic Drug, Research Finds