Triglycerides: A Risk Factor and Target for Therapy 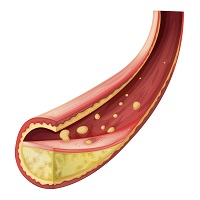 Elevated levels of triglycerides have proven time and time again to be linked to cardiovascular disease (CVD). While it can be a challenging condition to control, it opens the door for treatments.

Lipoprotein is a spectrum, classified into subclasses by size. Its role is to transport triglycerides, a type of fat found in the blood. But just like PCSK9 (proprotein convertase subtilisin kexin 9), researchers aren’t sure why we have even triglycerides.

Presentations at the 10th Annual Cardiometabolic Health Congress (CMHC 2015) in Boston, Massachusetts specifically looked at cardiovascular and metabolic diseases. Henry N. Ginsberg, MD, Irving Professor of Medicine at Columbia University College of Physicians and Surgeons, spoke about the latest analysis on triglycerides and what to expect next.

In the Framingham Heart Study, 5,127 patients with no history of coronary heart disease (CHD) were evaluated. Higher levels of triglyceride were linked to more relative CHD risks. Notably, women seem to be more denoted at risk of triglyceride because their levels are typically higher than men by 50%. So when a woman has a high level, say over 200 mg/dL, it’s probably going to have a greater affect.

Ginsberg referenced a meta-analysis made up of 17 studies that determined that triglyceride level is an independent cardiovascular disease risk factor. With fasting and nonfasting triglyceride being a hot topic of debate, another meta-analysis including 29 studies consisting of nearly 250,000 people indicated that fasting linked to CVD events. On the other hand, low triglyceride and low LDL (low density lipoprotein) levels were associated with less events. Notably, patients with high levels of triglyceride are still at risk for CVD regardless of being on statins.

Hypertriglyceridemia is also a risk factor for atherosclerosis – but why? Well, there’s old-fashioned and new-fashioned ideas about the disease which causes plaque to build up in the arteries. Ginsberg detailed the different understandings during the presentation.

Old-fashioned ideas:
New-fashioned ideas:
“ApoC-III may directly contribute to development and progression of atherosclerosis,” Ginsberg presented during the session. ApoC-III (apolipoprotein C-III) is a protein and component of VLDL. Research looked at variants that affect remnant cholesterol as a causal risk factor for ischemic heart disease. When it was analyzed in rat models, “C-II was an activator and C-III was an inhibitor,” Ginsberg continued. While plogitazone had no effect, apoC-III in the liver was down. This proved that apoC-III is important for clearing triglycerides.

Triglycerides are both a risk factor and target for therapy. One approach is using fibrates, a class of amphipathic carboxylic acids for metabolic disorders, has proven to work very well. The Helsinki Heart Study reported a 34% CVD reduction with Gemfibrozil and the BIP trial showed a 7.3% CVD reduction. CVD outcomes in trials with fish oils have been a mixed bag. The JELIS study showed positive results in the first phase that turned up negative in the second. Others like the Origin trial showed negativity in pre-diabetic and diabetic.

But are there any drugs that lower triglyceride levels with lowering apoCIII, or vice versa? “I don’t think so,” Ginsberg said. “It’s going to be hard to tease out but if it works, it works.”

A question from the audience asked what size trial is necessary to show accepted benefit. Before giving a number, Ginsberg indicated that it’s the population pool is imperative. The participants should be on a statin, among other factors. “You don’t need a monster study if you pick the right people,” he concluded. Ginsberg reminded that for the future it’s not about cholesterol, it’s about functionality. Research will have to prove that that’s important.

You May Also be Interested in
Most Popular
The Fear of the Coronavirus, and the Reality of the Flu
Plant-Based Diet Linked to Improved Gut Microbiome, Cardiovascular Health
Clinical Implications of Using Voxelotor To Treat Sickle Cell Disease
MOA of Voxelotor and the Effect of Oxygen on Brain Tissue
Vaping Guidance Aids Respiratory Disease Screening and Care