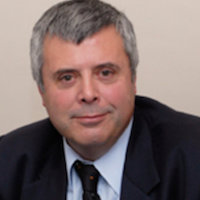 Jorge Maspero, MD, MS
Just 2 weeks before the US Food and Drug Administration is set to rule on its supplemental biologics application as an add-on asthma therapy in adolescents and adults, dupilumab (Dupixent) has phase 3 data showing its efficacy in reducing severe exacerbations and improving lung function in certain adolescent patients with asthma.

Patients received either 200 mg or 300 mg dupilumab every 2 weeks, or matching placebo, for 52 weeks. Both dupilumab treatment arms had 34 patients, and 39 patients were split between the 2 placebo regimens. The patient population was 64.5% male, with a mean baseline forced expiratory volume in 1 second (FEV1) of 2.33 L. Mean predicted FEV1 was 70.45%, and mean exacerbations in the year prior to baseline was 1.91 per patient.

Investigators assessed for the annualized rate of severe exacerbations using a regression model, as well as the change in pre-bronchodilator FEV1 and percentage predicted FEV1 at week 12, using a mixed-effect model with repeated measures approach.

They theorized this disparity was due to the small sample size, as well as an imbalance in the number of prior exacerbation events between treated patients (1.53) and patients on placebo (2.22).

The only adverse event to have occurred in more than 10% of the adolescent patient population was injection site reactions—it was reported in 9% and 0% of the 200 mg and 300 mg dupilumab groups, respectively.

The trend of issuing biologics capable of inhibiting the pathways of both IL-4 and IL-13—as dupilumab does—has been widely discussed at CHEST 2018 in the same vein as emerging type 2 asthma therapies. As a therapy already approved for improperly controlled atopic dermatitis and being investigated for pediatric atopic dermatitis, nasal polyps, and eosinophilic esophagitis, the newest LIBERTY data simply widens the antibody’s reach across inflammatory disease.

You May Also be Interested in
Most Popular
Cholesterol Levels Rise After a 24-Hour Fast
The 10 Worst Things Patients Can Say to Physicians
Top 10 Painkillers in the US
Filtered, Unfiltered Coffee Have Contrasting Impact on Heart Health
Looking for Links Between Testosterone and Vitamin D Levels