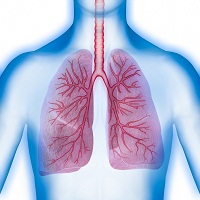 FDA-BW.jpgAs the third most common cause of readmission among Medicare beneficiaries, chronic obstructive pulmonary disease (COPD) manifests in about 60% of patients within 1 year of hospital discharge and in 30% within 3 months of discharge.

The prospective cohort design study presented at the 2018 CHEST Annual Meeting in San Antonio, TX, that included pre and post intervention arms. Individuals admitted at Morristown Medical Center (MMC) with AECOPD from April to September of 2016 were enrolled in the pre-intervention group.

Following enrollment, an evidence-based COPD care bundle was created, which included 3 primary objectives—patient education on COPD by healthcare providers prior to discharge; completion of an individualized self-management COPD action plan to be used by patients after hospital discharge; and timely outpatient follow-up with a pulmonologist.

Subsequent to the implementation of the COPD care bundle in April of 2017, patients were enrolled in the post-intervention group if they were admitted with AECOPD at MMC from April to September of 2017.

Data regarding patient characteristics, hospital length of stay (LOS), discharge location, and readmission rates for both groups were recorded.

Via the Pearson chi-square test or Fisher exact test for categorical variables and 2-sample t-test or Mann Whitney test for continuous variables, statistical analyses were performed.

Based on the data, study authors concluded that hospital readmission rates in AECOPD patients were significantly reduced with implementation of a discharge care bundle. Additionally, the hospital length of stay was not increased, and the reduction in readmissions continued through 60 and 90 days.

Study authors noted the clinical implication of a multidisciplinary discharge program. Since it can be easily integrated and improve patient outcomes in those admitted with AECOPD, they suggested this type of program should be considered in all hospitals.

The multidisciplinary discharge program only echoes another study that investigated a comprehensive care plan for patients with AECOPD. In the plan that included a diagnosis, treatment of specific co-morbidities, and improved transitions in care (between the hospital and home), investigators found that both readmission and mortality rates were reduced.

“Close attention to the details of good medical practice leads to a reduction in readmissions, mortality, and costs,” study author Jill Ohar, MD, told MD Magazine®. “My experience tells me that programs such as ours are extremely labor intensive and take a huge effort to sustain, however, we don’t yet have data to support this.”

The abstract, "A Discharge Care Bundle Reduces Readmissions in Patients with Acute Exacerbation of Chronic Obstructive Pulmonary Disease” was presented at the CHEST 2018 annual meeting.

You May Also be Interested in
Most Popular
Flu Cases Reach 13 Million in the US, CDC Reports
Top 10 Painkillers in the US
When Patients Give
Processed Meat Associated with Greater COPD Risk
Do EMRs Provide Clinically Relevant Information?