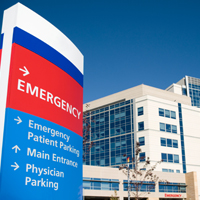 In observed hospital data from a rural region involving patients admitted with pulmonological conditions, investigators found that readmission was 2.9% more likely for every day the patient spent in the hospital.

The retrospective review, to be presented at the 2018 CHEST Annual Meeting in San Antonio, TX, targeted the rural Southern Appalachia region due to its above-average rates of hospital readmissions.

The team, led by Christine Moore, DO, of the East Tennessee State University, Quillen College of Medicine, also sought to address the healthcare trend which generally costs hospitals about $26 billion annually. With projects such as the Affordable Care Act’s Hospital Readmission Reduction Program implementing penalties to hospitals with greater readmission rates in patients with targeted diagnoses, it is even more critical for regions such as Southern Appalacachia to assess its flaws in care.

Investigators reviewed 15,500 patients who were admitted at regional hospitals between January 1, 2014 and October 31, 2017. The conducted univariate analyses on independent variables such as length of stay, age, gender, healthcare payor, time and date of discharge, tobacco use, smoking cessation education, medication reconciliation upon discharge, and the presence of co-morbid diagnoses.

Diagnoses of COPD, DM, HTN, and CRF were all associated with increased readmission likelihood (P < .0001), as did a psychiatric disorder diagnosis (P = .0121).

There was no statistically significant association based on age, gender, or healthcare payor, nor was there any for weekday of discharge or medication reconciliation at initial hospital discharge.

Investigators concluded there were a series of findings to pursue—namely, the increased readmission rate of patients who have smoked, been diagnosed with a comorbidity or psychiatric disorder, have been discharged in the afternoon, or who have an increased length of stay to start.

The study, “Causes and Preventions of Hospital Readmissions: Comparing National Trends to Rural Southern Appalachia,” will be presented at CHEST 2018.

You May Also be Interested in
Most Popular
Adam Friedman, MD: Returning to Normal During the COVID-19 Pandemic
COVID-19 Lockdown Having an Impact on Adolescent Mental Health
Free Webinar, Derm Clinical Updates: Keeping Up with COVID-19
Consuming More Whole Grains Could Lower Diabetes Risk
When to Suspect Diarrhea is Symptom of a Clostridium Difficile