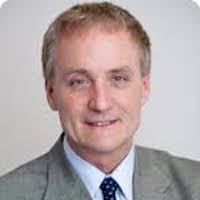 Findings from the Glycopyrrolate for Obstructive Lung Disease Via Electronic Nebulizer-5 (GOLDEN-5) phase 3 trial holds indication for the former therapy—Sunovion Pharmaceuticals long-acting muscarinic antagonist (LAMA), the first of its kind to be approved for COPD in the US—as it could similar prevent the worsening of the chronic condition as the latter TIO.

The data, presented at the 2018 CHEST Annual Meeting in San Antonio, TX, this week, added the stipulation that glycopyrrolate’s results should be taken with a grain of salt: the therapy was assessed at a dosage twice greater than that approved by the US Food and Drug Administration (FDA) for commercial use.

Investigators, led by Edward Kerwin, MD, of the Allergy & Asthma Center of Southern Oregon, conducted a 48-week, open-label trial of twice-daily GLY versus once-daily TIO involving 1086 patients with COPD. Mean patient age was 63 years, with 56% reported as male. Less than half (44%) had a baseline forced expiratory volume in 1 second (FEV1) predicted at more than 50%.

Investigators defined CID at a decrease of at least 100 mL in trough FEV1, a total score increase of at least 4 units on the St. George’s Respiratory Questionnaire (SGRQ), or an event of moderate-to-severe exacerbation that led to change in patient treatment or hospitalization. Patients were stratified by baseline FEV1 predicted, with 50% prediction as the divider. Investigators placed 620 patients on GLY, and 466 on TIO.

CID likelihood in the patients on nebulized GLY versus those on TIO was done with a logistic regression modeling, at weeks 12, 24, and 48—with controls for patient cardiovascular risk, long-acting beta2 agonist (LABA) use, baseline FEV1 and SGRQ, and their past 12-month history of exacerbations.

Investigators noted that there could have been a lack of statistical power to demonstrate true differences due to CID composite measures being based on a secondary analysis of endpoints. Also, analysis could have been inhibited by the limitation of previous open-label randomized trials by which patients were procured.

That said, the exploratory analyses were enough to conclude GLY is comparable to TIO in reducing CID likelihood in patients with COPD—and even more efficacious for the indication in patients with a baseline FEV1 beneath 50% prediction.

“CID is important to understanding whether treatments prevent COPD worsening,” investigators wrote. “Overall, GLY had a similar impact on reducing CID as compared with TIO, and a greater impact in a sub-group with severe or very severe airflow limitation.”

The study, “Clinically Important Deterioration Among Patients with COPD Treated with Glycopyrrolate eFlow CS or Tiotropium in a Long-Term Open-Label Study,” was presented at CHEST 2018.