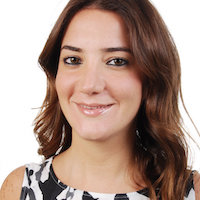 Smoking can be particularly harmful for those suffering from systemic lupus erythematosus (SLE), especially for African-Americans.

During the Clinical Congress of Rheumatology (CCR) West 2019 annual meeting in San Diego, CA, a team led by Romy Kallas, MD, from the Department of Medicine, Division of Rheumatology at Johns Hopkins University, examined the link between both smoking and ethnicity with the individual damage items from the Systemic Lupus International Collaborating Clinics/American College of Rheumatology (SLICC/ACR) Damage Index.

The investigators used a poisson regression to model the total SLICC/ACR Damage Index score against ever smoking and the Cox regression to assess the relationship between time to individual damage items and ever smoking.

“There was no significant difference in total SLICC/ACR Damage Index score between ever smokers and never smokers after adjustment for ethnicity, gender, age at diagnosis, and years of education,” the authors wrote.

They also found that ever smokers had more atherosclerotic cardiovascular damage, such as angina, coronary bypass, myocardial infarction, and claudication, as well as skin damage compared to non-smokers.

Caucasian SLE patients who ever smoked were also more likely to have muscle atrophy and atherosclerosis than Caucasian non-smokers were.

The same pattern holds true for African-Americans in regard to skin damage, where ever smokers were more likely to suffer from skin damage than non-smokers.

African-American smokers were more likely to have multiple types of organ damage compared to Caucasians who smoked. The only 2 exceptions to this were gastrointestinal infarction and osteoporotic fracture, which were both more common in Caucasian smokers.

“Smoking is a modifiable factor for organ damage in SLE,” the authors wrote. “Our analysis proved its major effect on cardiovascular and cutaneous damage.”

Smoking is a known risk factor for SLE and has been associated with increased disease activity, as well as decreased hydroxychloroquine effectiveness in cutaneous lupus.

Earlier this year, investigators found that the long-term risks associated with smoking can linger for up to 3 decades.

Investigators from the Johns Hopkins Bloomberg School of Public Health performed an analysis that included more than 13,000 patients and found, even after cessation, cigarette smoking boosts a person’s risk of peripheral artery disease for up to 30 years after cessation.

To further evaluate long-term associations of cigarette smoking and its cessation with the incidence of coronary heart disease (CHD), peripheral artery disease (PAD), and stroke investigators performed an analysis using a sample of 13,355 patients within the Atherosclerosis Risk in Communities (ARIC) cohort.