SLE Patients do not Adhere to Medication Regimen 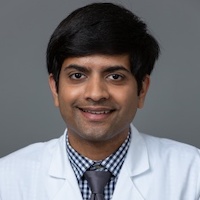 A lack of medication adherence for systemic lupus erythematosus (SLE) is linked to a number of negative outcomes, including increased hospitalization.

The entire study population was non-Hispanic African-American females with SLE, 8 of which reported medication nonadherence during the 2 weeks prior to hospitalization.

Overall, the non-adherent patients in the study were younger, with longer hospital stays. However, this difference was not statistically significant.

The investigators found no difference in pill burden between non-adherent and adherent patients.

“This pilot study identified a high prevalence of medication nonadherence leading up to hospitalization and several modifiable barriers to patients adhering and remembering medications,” the authors wrote. “While non-adherent patients did not have statistically significant longer hospital stay duration or high pill burden, these findings were limited due to small sample size.”

The overall length of stay ranged from 4-25 days and the pill burden ranged from 28-253 pills per week.

“Additionally, there was no difference in health literacy between non-adherent and adherent patients,” the authors wrote.

The investigators believe the findings will help inform planned interventions aimed at improving medication adherence for patients with SLE. They also plan further research investigating factors contributing to medication nonadherence in SLE patients and its impact on clinical outcomes.

The lack of medication adherence is a risk factor for increased morbidity and mortality for patients with SLE, with low adherence linked with higher cost acute care utilization and more severe SLE disease activity and damage.

There are also known influences on adherence, including education, socioeconomic status, and polypharmacy.

The researchers believe that patient-identified barriers and facilitators to adherence would impact the medication adherence rate and SLE-related outcomes.

According to the investigators, medication nonadherence is as high as 75% in patients with SLE. In addition, African-Americans have an increased prevalence of SLE and have increased SLE-related morbidity and mortality compared with Caucasians.

Medication nonadherence in general is more prevalent in ethnic minorities, which could be a contributor to known outcome disparities in SLE.