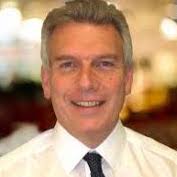 Investigators, led by Dr. David Halpin, of the University of Exeter Medical School, noted that patients with COPD who are required to use multiple inhalers have been shown to have more treatment use errors and worse overall adherence than those with single-inhaler regimens.

As such, the former patients are likely at greater risk of worsened disease outcome than the latter.

The team sought to assess single-inhaler triple therapy versus MITT on health status as per the COPD Assessment Test (CAT) over 24 weeks in usual clinical care across 5 European countries.

Halpin and colleagues conducted the randomized, open-label trial with enrolled patients with COPD who had continuously received non-FF/UMEC/VI maintenance therapy—defined as MITT or dual therapy with documented clinical indication for step-up to triple therapy—for ≥16 weeks prior to randomization.

Eligible patients also reported baseline CAT score ≥10, and at least 1 moderate to severe exacerbation in the prior 3 years.

Investigators randomized 3092 patients 1:1 to 100/62.5/25 mcg FF/UMEC/VI via ELLIPTA inhaler, or their clinician’s choice of any ICS+LAMA+LABA combination in non-ELLIPTA devices, for 24 weeks.

Patients who were randomized to MITT who entered on triple therapy at study entry were to remain on their previous regimen for the trial. And to reflect usual clinical care by minimizing interventions, commercial study medication was prescribed—with just 2 study visits mandated per patient.

Triple-therapy single-inhaler patients were 31% more likely to be considered a CAT responder at week 24 than MITT paitents (OR, 1.31; P <.001). Halpin and colleagues also observed a 50 mL greater improvement in FEV1 from baseline in FF/UMEC/VI single-inhaler-treated patients versus MITT patients (P <.001).

Twice the rate of FF/UMEC/VI-treated patients (6%) made ≥1 critical error in inhaler technique than MITT-treated patients (3%; P = .103). Safety profiles were similar between cohorts, with investigators reporting no new safety findings.

Despite the slightly increased rate of inhaler technique issues—and limited required follow-up with physicians during new regimen care—FF/UMEC/VI was associated with improved health status among patients with COPD.

You May Also be Interested in
Most Popular
Restless Leg Syndrome, Extreme Sleep Patterns Help Predict Recurrent Stroke
Flu Cases Near 30 Million in the US, CDC Reports
What is a Pharmacist's Role in Identifying & Managing OIC?
Using Antihypertensive Medications Could Prevent Dementia, Cognitive Decline
Helping Veterans and Reservists Become Licensed Nurses After Service