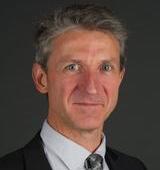 However, fewer patients with IPF treated with nintedanib—recently bolstered in its regulatory indications—discontinued care than those on pirfenidone.

The findings, planned for presentation at the American Thoracic Society (ATS) 2020 International Conference this year, show a potential disparity of efficacy between the only 2 therapies approved by the US Food and Drug Administration (FDA) for treating IPF.

A team of international investigators, led by Vincent Cottin, MD, PhD, of the National Reference Coordinating Center for Rare Pulmonary Diseases and Louis Pradel Hospital in France, sought to assess all-cause mortality and acute-respiratory related hospitalizations among patients receiving either therapy or none at all.

Both therapies were approved by the FDA for IPF in October 2014. Prior to their indication, the only treatment options for the chronic, irreversible, and ultimately fatal disease included oxygen therapy, pulmonary rehabilitation, and eventually, lung transplant.

The team estimated for cumulative incidence rates for untreated and newly-treated patients on either pirfenidone or nintedanib. They compared all-cause mortality, acute respiratory-related hospitalizations, and treatment discontinuation among each therapy using a Cox proportional hazards model adjusted for confounders.

At the same time, nintedanib was associated with a significantly lower risk of treatment discontinuation at 12 months than pirfenidone (HR, 0.72; 95% CI, 0.60-0.86).

Investigators noted limitations of the cohort including the observational design of the study. That said, there were distinct disparities to draw on the effect of either IPF drug since both reached the market a half-decade ago.

“Compared to nintedanib, pirfenidone was associated with lower risks of death and acute respiratory-related hospitalizations but with a higher risk of treatment discontinuation at 12 months,” they wrote. “These findings suggest possible differences in effectiveness between available drugs for IPF.”

The study, “Outcomes in Patients Receiving Nintedanib or Pirfenidone for Idiopathic Pulmonary Fibrosis,” was published online by ATS.

You May Also be Interested in
Most Popular
Denise Daley, PhD: Early Asthma Interventions for Infants
Case report: A stroke patient with left atrial appendage
Top 10 Painkillers in the US
Exercise Shown to Reduce Glaucoma Risk
Lisdexamfetamine Most Efficacious, Methylphenidate Best Tolerated in ADHD