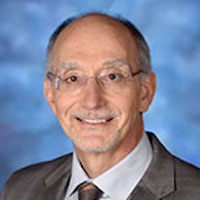 In a study testing treprostinil (Tyvaso) as a potential treatment for pulmonary hypertension, investigators have reached all intended primary and secondary endpoints.

In the phase 3, multicenter, randomized, double-blinded, placebo-controlled, 16-week, parallel group study, the investigators examined 326 patients who received either the study drug or a placebo.

Treprostinil is a prescription medicine for adult patients with pulmonary arterial hypertension. The drug ultimately improves the patient’s ability to exercise 4 hours after administration.

The investigators sought primary endpoints of the evaluation of changes in the six-minute walk distance (6MWD) test measured at peak exposure from baseline to week 16.

They also sought secondary objectives of the change in plasma concentration of N-terminal pro-brain natriuretic peptide (NT–proBNP) from Baseline to Week 16 and the time to clinical worsening calculated as the time from randomization until either hospitalization due to a cardiopulmonary indication, decrease in 6MWD >15% from baseline directly related to disease under study, at 2 consecutive visits, and at least 24 hours apart, death (all causes), or lung transplantation is met.

The investigators also sought exploratory objectives evaluating changes in peak the six-minute walk distance at week 4 and 8, as well as changes in quality of life as measured by the St. George's Respiratory Questionnaire (SGRQ), and change in distance saturation product (DSP).

The investigators identified treatment benefits across a number of key subgroups, including etiology of PH-ILD, disease severity, age, gender, baseline hemodynamics, and dose.

They also discovered significant improvements in all of the study’s secondary endpoints, including reduction in the cardiac biomarker NT-proBNP, time to first clinical worsening event, change in peak 6MWDF at week 12, and change in trough 6MWD at week 15.

Treatment with treprostinil of up to 12 breaths per session four-times per data was well-tolerated, with a safety profile consistent with previous studies testing the treatment in pulmonary arterial hypertension and known prostacyclin-related adverse events.

Some common side effects include cough, headache, throat irritation and pain, nauseam reddening of the face and neck, fainting or loss of consciousness, dizziness, and diarrhea.

Some of the serious side effects include symptomatic hypotension and bleeding.

United Therapeutics has submitted a supplemental New Drug Application (sNDA) to the US Food and Drug Administration (FDA) seeking to revise the label on Tyvaso label to reflect the outcome of the recent study.

The investigators also plan on further exploratory analysis on biomarkers and pharmacogenomics from the study.

You May Also be Interested in
Most Popular
Denise Daley, PhD: Early Asthma Interventions for Infants
Safety Concerns With Biologics During the COVID-19 Pandemic
Epilepsy Drug May Protect Against Optic Neuritis in Multiple Sclerosis
There Might Be Too Much Emphasis on Risk Factors for Hepatitis C Screening
Visual Impairment, Dementia Are Detrimental to Independence of Older Adults