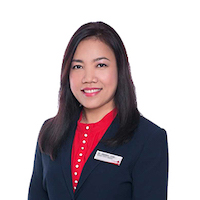 Obstructive sleep apnea during the rapid eye movement stage of the sleep cycle is linked to intense hypoxemic insult and cardiovascular instability.

In the study, the investigators examined 204 patients from 3 tertiary hospitals in Singapore who had undergone percutaneous coronary intervention in the 6-36 months prior to beginning the trial. The mean age of the trial was 57.9 ± 7.8 and 88% of the participants were male.

The investigators sought a primary measure of REM apnea-hypopnea index (AHI), calculated as the number of apnea and hypopnea per hour of REM sleep.

The indication for percutaneous coronary intervention was acute coronary syndrome in 113 (69.3%) patients, while OSA during REM sleep was diagnosed in 132 patients (81%).

The investigators did not find significant differences in angiographic and coronary intervention characteristics, medication upon discharge, left ventricular dimension and ejection fraction between the 2 groups.

You May Also be Interested in
Most Popular
Experts Advise on Asthma Care, Management during COVID-19
Past Outbreaks Shed Light on COVID-19 Psychiatric Risks
US Medical Groups Share Front Against Racism, Healthcare Disparity
Benzodiazepine Use Increases Risk of Ectopic Pregnancy
Brian LaMoreaux, MD: Practicing Rheumatology During and After COVID-19