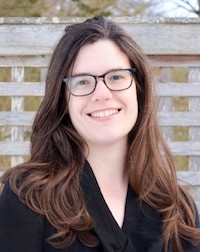 Pulmonary rehabilitation (PR) rates are low across the US, but a new study showed that while PR rates increase for white patients in regions with more programs available, PR rates for African American patients remained low regardless of program density.

Overall, just 1.9% of patients hospitalized for a COPD exacerbation receive PR within 6 months of discharge, but the rates vary widely by geographic region and race.

“We found that African Americans are 31% less likely to receive pulmonary rehabilitation than whites,” said Kerry Spitzer, PhD, MPA, Senior Clinical Research Coordinator at the University of Massachusetts Medical School–Baystate as she presented the data at the 2019 American Thoracic Society (ATS) International Conference in Dallas, TX.

Spitzer said she had thought rates of PR for African Americans would increase in regions with more providers, as the rates do for whites, but that was not the case.

The study used data from Medicare beneficiaries who were hospitalized in 2012 for a COPD exacerbation. Hospital Referral Regions (HRR; n = 306) with at least one tertiary care hospital were used as the geographic unit for analysis. Data from 223,832 patients and 1187 PR programs was included. The median age was 77 years (interquartile range [IQR], 71-83) and 41% were male. The large majority of patients were white, non-Hispanic (85%) with 9% African American, and 5% Hispanic.

The rates of PR use varied from 0.52% to 7.1% in different regions, with an average of 2.2% of patients receiving PR within 6 months of a COPD-related hospitalization. The median regional rate of PR among whites was 2.1%, while in contrast the median was 1.2% among African-Americans.

The strongest predictor of PR use overall was the density of available programs per 1000 Medicare beneficiaries (P <.001) and the same held true for white patients. However, for African Americans, the expected rates of PR use remained the same in regions with more PR programs.

The results indicate that simply increasing the number of pulmonary rehabilitation programs in an area will not be enough to increase the rates of use among African Americans.

Spitzer pointed out that there is more work to be done and that there were limitations to this study. “We don’t know if people are being referred at different rates or if uptake varies,” she said. She also noted that the density of PR programs was a proxy for accessibility, but that there are other factors affecting accessibility, such as program location and proximity to public transportation.

“More research is necessary to understand why these disparities exist, but I suspect that it is a combination of factors including provider referrals and patient behaviors,” Spitzer told MD Mag.

She emphasized that pulmonary rehabilitation improves the well-being of patients with COPD and that barriers to participation for African American patients must be identified and addressed.

The abstract, “Geographic and Racial Disparities in Receipt of Pulmonary Rehabilitation Following Hospital Discharge for COPD Exacerbations,” was presented on May 21 at the ATS 2019 International Conference.