Opioids in the ICU Not Linked to Continued Prescriptions 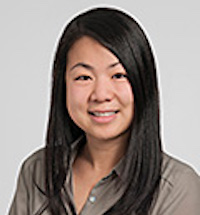 Intensive care unit (ICU)-prescribed opioids may not actually drive risks for continued opioid use or prescriptions, according to a new study.

In findings from a clinical trial presented at the American Thoracic Society (ATS) 2019 International Meeting in Dallas, TX, investigators from the Cleveland Clinic and Duke University Medical Center reported that patients prescribed opioids in the ICU were not at an increased risk of continued opioid prescriptions at 1 year post-discharge.

Led by Alyssa Chen, PharmD, of the Cleveland Clinic, the team conducted a retrospective cohort study of a single academic medical center, including opiate-naïve patients admitted from 2016-2017.

Patients were considered exposed to opioids dependent on their prescription of the therapy in the ICU. Investigators assessed for a primary outcome of opioid prescriptions within 1 year post-discharge, and was evaluated with Chi-square and multivariable logistic regression.

The team observed that as opiate abuse has surpassed epidemic status in the US, ICU guidelines for appropriate pain management have been adjusted to set a standard for “necessary opiate exposure” during patient hospitalization. This manifests as parenteral opioids in the ICU, then oral opioids following their transfer.

“In contrast to surgical patients, there is a paucity of data regarding the impact of opiate prescription practices in the medical intensive care unit on subsequent outpatient opiate use,” they wrote.

Of the 3102 observed patients,  1390 (45%) received opioids in the ICU. The baseline characteristics between were significantly different, as patients who received opioids were on average younger, with greater weight, height, APACHE 3 scores, and greater lengths of stay in both the hospital and ICU.

However, in the multivariate analysis—which adjusted for baseline differences in age, weight, race, and APACHE 3 scores—ICU-exposed patients were no longer associated with opioid prescriptions within 1 year after discharge (OR 1.11; P= .31).

“Based on our current findings, providers should continue to optimally address pain while patients are in the ICU as part of a comprehensive bundle to provide comfort and prevent delirium,” she said.

Chen anticipates that chronic pain and other environmental factors may play a greater role in the prevalence of chronic opiate use than patient exposure in the ICU. That said, limitations such as unknown patient prescription information, changes in care, and patient mortality hinder the cohort. Accordingly, a follow-up is being planned.

“We plan to obtain additional data so our analysis can take these limitations into account,” Chen said.

The study, “Phenotypic Predictors of Long-Term Upper Airway Neurostimulation Responsiveness in the ADHERE International Cohort,” was presented at ATS 2019.

You May Also be Interested in
Most Popular
Top 10 Painkillers in the US
Testosterone Levels and Bone Density Show Strong Connection
Positive Results Treating Active Psoriatic Arthritis with Upadacitinib
Medication Adherence a Major Issue for Children with ADHD
FDA Gives Nod to Andexanet Alfa, Reversal Agent for Rivaroxaban, Apixaban