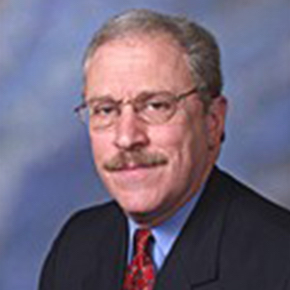 There is very little difference in benefit between mometasone or tiotropium for the treatment of mild, persistent asthma coupled with low sputum eosinophil levels, according to the results of the Steroids in Eosinophil Negative Asthma (SIENA) trial.

Data from the National Heart, Lung, and Blood Institute (NHLBI)-funded clinical trial, presented at the 2019 American Thoracic Society (ATS) International Meeting in Dallas, TX, showed no statistical difference in patient response to mometasone or tiotropium compared to placebo for  the treatment of mild, persistent asthma over the span of 42 weeks.

Investigators—led by Stephen C. Lazarus, MD, of the Division of Pulmonary and Critical Care Medicine and Cardiovascular Research Institute, University of California San Francisco—were seeking an alternative therapy for the large of rate of persistent asthma patients reporting insufficient benefit for inhaled gluticorticoids such as mometasone, despite it being the guideline standard. They may not have found an answer in long-acting muscarinic antagonist (LAMA) tiotropium as a controller therapy.

The team conducted a 42-week, double-blind, crossover study of 295 patients aged 12 years or older with mild, persistent asthma. Patients were categorized based on their baseline sputum eosinophil level: either <2% (n= 221) or ≥2% (n= 74). Though low eosinophil levels are a known indicator of mild, persistent asthma, investigators observed this 74% patient population rate as much greater than has been reported in previous clinical trials.

Investigators assessed for a primary outcome of response to mometasone as compared with placebo, and to tiotropium as compared with placebo among the low-sputum eosinophil patients who a prespecified differential response to either agent. Patient response was determined by a hierarchal composite outcome that included treatment failure, asthma control days, and forced expiratory volume in 1 second (FEV1).

In the group of patients with high sputum eosinophil levels, response to mometasone (74%) was significantly better than that to placebo (26%), but the response to tiotropium was not (57% vs 43%).

Investigators suggested their inconclusive comparison should challenge the state of conclusive standards of care for patients with mild, persistent asthma.

“Our results raise the question of whether treatment guidelines should be reevaluated for patients with mild, persistent asthma for whom evidence of type 2 inflammation is lacking,” they wrote.

Lazarus and colleagues concluded that, though the SIENA data do not support current recommendations for low-eosinophil stratum patients, the appropriate controller therapy for these patients is yet to be determined.

“Our findings provide clinical equipoise for a larger and longer study to compare inhaled glucocorticoids with other treatments for the large number of patients with mild or moderate asthma,” they wrote. “Biomarkers that have been used to guide treatment mainly in severe or refractory asthma may provide valuable direction in future trials to identify patients who are most likely to have a response to inhaled glucocorticoids or to an alternative therapy.”

In an essay accompanying the study, Gary W.K. Wong, MD, of the Department of Pediatrics at Prince of Wales Hospital, Hong Kong, wrote the trial’s findings indicate a need for understanding that not all forms of airway inflammation respond equally well to inhaled glucocorticoid therapy when treated persistent asthma with maintenance therapy.

“The SIENA trial clearly showed that a large group of patients with persistent asthma might not have eosinophilic airway inflammation, and thus, inhaled glucocorticoid therapy would not be the best therapy for them,” Wong wrote.

He called for the use of biomarkers including blood eosinophil levels for establishing personalized mild asthma treatment, and for a careful review of current guideline recommendations.

The study, "Mometasone or Tiotropium in Mild Asthma with a Low Sputum Eosinophil Level," was published online in the New England Journal of Medicine.

You May Also be Interested in
Most Popular
The Fear of the Coronavirus, and the Reality of the Flu
Telemedicine Valuable for Pregnant Women With Opioid Use Disorder
Implementing Price Transparency Tools at Ambulatory Care Centers
Top 10 Painkillers in the US
Depression Linked to All-Cause and Cardiovascular Mortality