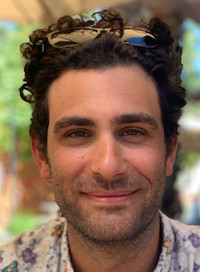 The racist practice of redlining was used throughout much of the 20th century as a way to maintain racial segregation through discriminatory mortgage lending practices. The effects of redlining persist and are associated with asthma-related visits to the emergency department, according to a new study.

The research, which was presented at the 2019 American Thoracic Society (ATS) International Conference in Dallas, TX, used data from 8 cities in California to evaluate how past redlining practices have contributed current asthma risk in different neighborhoods.

"Redlining maps that were drawn 80 years ago, partially on the basis of race, are still predictive of not only who lives in a neighborhood, but also what kind of health problems they are experiencing," said Anthony Nardone, a medical student in the UC Berkeley-UCSF Joint Medical Program and lead author of the study.

The practice of redlining began in the US in 1933 when Congress created the Home Owners Loan Corporation (HOLC). HOLC representatives in 239 cities across the country determined which neighborhoods were lowest risk and which were highest risk, assigning those to categories from green (grade A) to red (grade D), respectively. These risk assignments were based at least in part on the racial composition of each neighborhood.

When investigators adjusted for the percentage of children under 10 years of age, percentage of the population in poverty, and DPMLs, redlined neighborhoods still had 13.9 more asthma-related emergency visits per 10,000 than green areas (P = .009).

"Our study shows that, even though a policy gets eliminated or is recognized to be a poor choice, its effect can have impacts even many decades later," said Neeta Thakur, MD, an assistant professor of medicine at UCSF and study author. "We need to use that information to help us inform our current policies and thinking about what potential ramifications are down the road."

Balmes said that from his perspective, poverty is the main cause of health disparities in the US and worldwide. He noted that measures such as improving air quality can help, but that the challenges of poverty are the underlying issue for poor neighborhoods.

“People need decent incomes and jobs and affordable housing, and until we address those important social needs, we are going to continue to have a problem with the legacy of redlining," added Balmes.

The authors called for further research on historical factors that contribute to asthma disparities in order to help identify neighborhoods most in need of intervention.

The abstract, “Historic Redlining and Asthma Exacerbations Across Eight Cities of California: A Foray into How Historic Maps Are Associated with Asthma Risk,” was presented on May 22 at the ATS 2019 International Conference.

You May Also be Interested in
Most Popular
Marking Gains in Developing, Delivering Treatment for ALS
Minorities Disproportionately Cared for in ICU
Overcoming Physician Burnout During the Winter
Promoting Healthy Aging
THEMIS Trial Results